The right to be free of unreasonable search or seizure is guaranteed under the Fourth Amendment. However, police are allowed to perform searches—even searches of the intimate areas of a person’s body—if the search is “reasonable.”

The legality of a search depends on several factors, including the circumstances of the examination, the degree of intrusion, and the location where the investigation takes place. It will take the help of a Massachusetts drug crimes defense lawyer to determine if your rights were violated during a search.

What Does the Fourth Amendment Do? 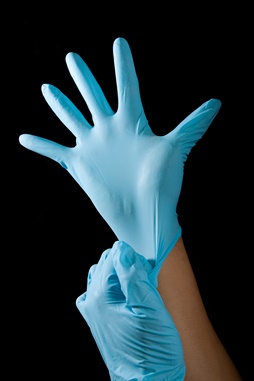 The Fourth Amendment also protects against bodily intrusions, such as blood tests of intoxicated drivers. Police are usually required to obtain a warrant for blood tests and other invasive search procedures, while breath tests may be performed without a warrant.

It’s important to remember that the Fourth Amendment doesn’t guarantee immunity from all searches and seizures, just those deemed unreasonable under the law. To be reasonable, there must be a credible threat to public safety or interest that outweighs and necessitates the intrusion on an individual's Fourth Amendment rights.

Police may perform a variety of intimate searches of the person.

This search requires an arrested suspect to remove their clothes to ensure that they are not concealing weapons or other contraband. A strip search does not require a warrant or probable cause and may be performed even for a misdemeanor offense, as long as it is reasonable given the crime or circumstances of the arrest. However, courts must consider the scope of each intrusion, how they were conducted, and where they were conducted when determining reasonableness. For example, a driver arrested on drug charges may be strip-searched at the police station to protect officers, but a strip search at the roadside would violate their privacy rights under the Fourth Amendment.

Visual body cavity inspections typically occur when a person is admitted into jail to serve a sentence. In a visual body cavity search, the suspect’s clothes are removed, and one or more police officers observe the suspect’s body cavities (without touching them). The suspect may be ordered to bend over, squat, cough, or make other movements while naked to determine whether they are hiding evidence inside the body cavity. Prisoners don't surrender their constitutional rights upon incarceration, but detention in a correctional facility raises concerns about inmate and officer safety. Due to security concerns, corrections officers may intrude on a prisoner's rights more than a civilian’s as long as the search is reasonable.

The most intrusive search is a manual body cavity inspection, where police officers may remove or insert items into a suspect’s body cavities. Jails and prisons regularly perform these searches to ensure inmates aren’t smuggling drugs, weapons, or contraband into or out of the facility. These searches sometimes occur even if a prisoner has not been charged with a drug or weapons offense or violent crime—and without any credible evidence that the inmate was in possession of contraband. Since these inspections are highly invasive, many courts prohibit body cavity intrusion without a warrant, probable cause, or a compelling need for action without time to secure a warrant.