Can a Gun Charge Be Dismissed?

A single incident involving a gun in Massachusetts can result in multiple charges. For example, a gun used in the commission of the crime could carry charges of 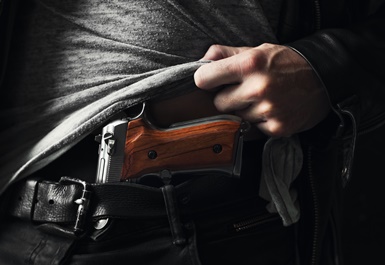 transporting a firearm in a vehicle, carrying a handgun in public, or other weapons charges in addition to offenses related to the intended crime.

The state has a wide variety of gun laws, and the average person may not be aware of the full extent of firearm legislation. As a result, it’s possible for a person to break one (or more) laws without realizing it. It will take an experienced Massachusetts gun crimes attorney to fight against each of the accusations leveled against you.

Dismissal of Firearms Charges for Possession

Charges of constructive possession may be dismissed if:

Dismissal of Firearms Charges Based on Illegal Search

Depending on the circumstances of your arrest, your defense may include suppression of the firearm or ammunition. Police officers must follow strict protocols when gathering evidence against a suspect. If law enforcement officers obtained evidence illegally, your attorney may make a motion to suppress the evidence, meaning the state cannot introduce it at trial. Suppression of evidence can weaken the prosecution’s case to the point where several charges—or even the entire case—is dismissed.

Evidence could be suppressed if law enforcement:

Even if the case against you isn’t immediately dismissed, a dismissal of each of the charges against you can significantly reduce the penalties you are facing. A good defense attorney knows that questioning the evidence against you in the right way can cast doubt in the minds of the jury. If motions to suppress are denied, your attorney can still argue for a reduction of the charges depending on how or where you possessed the firearm.

At Nate Amendola Defense, we regularly help clients defeat weapons charges, violent crimes, and resolve criminal cases with the best possible outcome. We will do everything we can to preserve your License To Carry (LTC) and Firearm Identification Card (FID), and if you’re facing conviction, we’ll fight to have your sentence suspended in lieu of probation. Contact us today to set up a consultation and find out what we can do for you.