How Long Will it Take to Resolve My OUI?

Short answer: how long an operating under the influence case takes to resolve depends on the nature and stage of the proceedings at which the charge is ultimately disposed of (whether by pre-arraignment disposition, guilty plea, a verdict at trial, etc.) and will also depend on the specific court in which the case is heard and the factual circumstances of the case, but if you proceed past arraignment and plan on taking case anywhere close to trial, the case will likely take at least four to six months and often over a year to resolve. The trial itself for an OUI case in a Massachusetts District Court is typically a single day, our Massachusetts OUI lawyer adds.

There are a handful of different ways a DUI charge can be resolved depending on the stage of the proceedings including the following: dismissal prior to arraignment (e.g., lack of probable cause for complaint to issue), alternative disposition pre-trial diversion (e.g., alcohol education classes with diversion programs etc.); guilty plea (CWOF etc.); jury verdict. 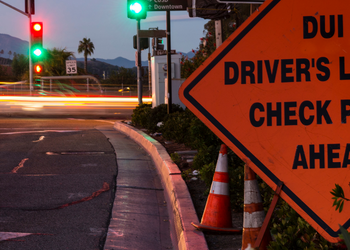 Your case may even go up on appeal regarding a specific legal issue, which will likely add at least an additional six months if not a full year. The timeline for the various pre-trial dispositions can vary, but these types of resolutions are all generally pre-trial and will thus of course be quicker than taking a case to trial. Depending on the court and a number of other factors, a pre-arraignment disposition (e.g., CWOF) can likely be reached relatively quickly (a matter of weeks to a few months).

It is important to note that because of how seriously the charge of operating under the influence is taken in Massachusetts (as evidenced by the “Drive Sober or Get Pulled Over” campaign and the ratcheting-up of statutory penalties), it is very rare for an operating under the influence case to be completely dismissed prior to arraignment, even for a first-time offender. This means that you will at least have to proceed past arraignment and possibly enter into a pre-trial diversion program or a CWOF or other plea, which can take up to a few months.

How backlogged the court in which your case is heard is can also have a significant impact on the amount of time it takes for your case to be resolved (whether pre-trial or after a trial verdict).

In addition to the stage of the proceedings at which the charge is resolved and depending on the caseload of the District Court in which your case is heard, other factors that will impact how long your case takes to resolve will depend on the strategy your attorney chooses to take throughout the case in terms of how aggressive they choose to be with the various motions they can file throughout the case (motion to dismiss, motion to suppress, motion for a required finding, etc.), the type and volume of discovery they choose to engage in during the pre-trial discovery period, and whether they choose to retain any expert witnesses or outside consultants (and if so, how many).

Engaging in voluminous discovery and motion practice will drag the pre-trial phase of the case out significantly longer, and of course, there will be inevitable delays waiting to obtain documents from the prosecution.

All in all, given that most operating under the influence cases are not resolved prior to arraignment, you should plan on your case dragging on for at least a few months and possibly over a year.