What Do Police Look for When Searching for Drunk Drivers on a Highway?

Free Case Evaluation
Many, if not most, drunk driving arrests start out as simple automobile stops for bad or erratic driving.  Once the officer notices any signs of potential impaired driving, like open containers, the smell of alcohol, or red and glassy eyes, the stop turns into a full-blown OUI investigation. Our Massachusetts drunk driving arrest attorney details further.

Police departments often have officers, particularly younger ones, routinely patrol the town and state’s highways and streets.  As you can imagine, this is even more true on Friday and Saturday nights, when the police are looking for drunk drivers.  Officers on routine patrol are watching traffic, setting up speed traps, and responding to 911 calls. This is how they find drunk drivers.

You Can Be Stopped in Massachusetts For Many Reasons 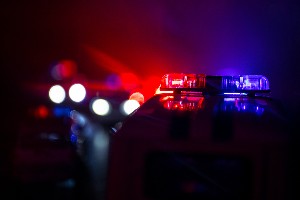 You must remember that the police can stop (pullover) a car as a result of a civil motor vehicle infraction. The list of civil motor vehicle infractions is endless.  This gives the police lots of reasons to pull a car over.   In fact, the list of motor vehicle offenses that give the police authority to pull a car over is nearly 30 pages long. Some of the obvious infractions include speeding, failing to stop at a stop sign, marked lane violations, and an unlit license plate.  But there are some other really odd ones, like a horn violation, operating a vehicle with a modified height, a tire tread depth violation, and failure to slow for a frightened cow/horse. What you need to know, as difficult as this sounds, is that if the cops want to pull you over, they can and will.  And chances are, it will stand up in court.  So let’s talk about that.

To pull a car over, the law in Massachusetts requires that the police have reasonable suspicion that the occupants have committed, are committing, or are about to commit a crime. The law also says that the police can stop a car if they see a civil motor vehicle infraction. The term “erratic operation” is often used by the police to justify the stop. You’ll often hear that the police saw a car drifting in and out of a lane, driving too slowly (or driving too fast), weaving, or driving without its headlights on.  This “erratic operation” is the largest category that the police use to make the initial stop.  Then, when writing the ticket or justifying the arrest, the officer finds the specific civil motor vehicle infraction to legally base the stop on. In plain English, if the police want to pull you over, they likely can.

Massachusetts Law and Erratic Operating of a Vehicle

But there are other things that can trigger a stop beside the police observing bad driving. People call 911 from their cell phones and report erratic operation that might have gone otherwise undetected by law enforcement. The legal justification for these types of stops becomes a little more complicated under Massachusetts law.   When a driver is stopped on the basis of a call made by a concerned citizen, a good attorney must evaluate whether the stop was legal.  The analysis will focus on whether the citizen caller was reliable and what was his or her basis of knowledge. If an attorney is going to challenge the stop on either one of these prongs, it will be in the form of a motion to suppress and, if successful, the stop will be declared unconstitutional, and the case might be dismissed.  However, it’s important to know that the standard of review a judge will apply in this situation is the less rigorous reasonable suspicion, rather than probable cause. What that means is that it can be hard, but not at all impossible, to claim that a stop of this type was illegal.  Let’s unpack this a bit.
The first issue to consider is whether the police had an adequate basis for concluding that the information was reliable. For example, contrast the case where an unnamed citizen caller dials 911 and gives a few details about a car that’s “all over the road.” Absent the police confirming the erratic operation with their own eyes following that call, a court will question whether that caller was reliable.  On the other hand, a court will likely find that the stop was valid where a caller gives his name, address, and phone number, along with a detailed description of the car that is being driven poorly.

While bad driving probably accounts for the majority of suspected drunk driving stops, you should also understand that it is completely legal for the police to check a car’s registration through the RMV database.  In other words, random checks of license plates can get a driver into trouble. After inquiry, if the RMV reports (and this happens real-time) that a driver’s license is suspended, the police are authorized to make a stop.  The same holds true if the registration has expired. These types of very explainable, “whoops, I forgot to update my license” situations lead to lots of drunk driving arrests. Although only common in parts of Massachusetts, drunk driving roadblocks or checkpoints are also, generally legal.