How Can I Be Found Guilty?

How You Can Be Found Guilty in Massachusetts

Here’s the thing our Plymouth County criminal defense attorney says you must remember: criminal charges against a defendant are accusations and nothing more. In our system of criminal justice, a defendant is always presumed innocent. The government carries the burden of proving guilt beyond a reasonable doubt. From the moment you are charged up until the jury returns a verdict, the presumption of innocence applies. In other words, you are not guilty unless and until the jury says otherwise.

The Defendant Is Always Presumed Innocent Until Proven Otherwise

Let’s unpack this a little bit. The presumption of innocence is considered a fundamental right.  It requires that the government use evidence to prove its case beyond a reasonable doubt. This burden never shifts.  A defendant does not prove his or her innocence and is not required to call any witnesses or offer any evidence.  In fact, it is entirely proper (though not recommended) that a defendant does nothing at all because it’s the government’s job to prove guilt.

Two Ways Someone Can Be Found Guilty in Massachusetts 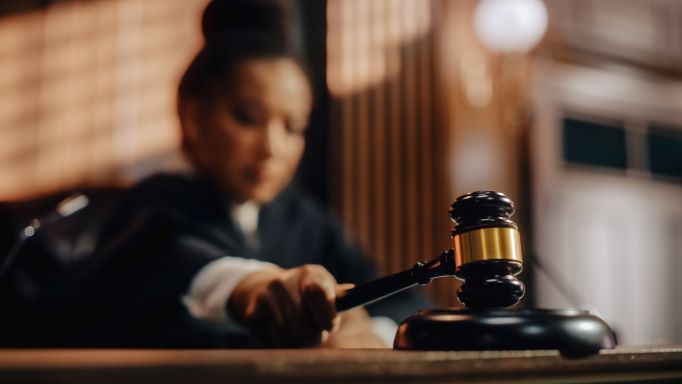 No one can force you to make a guilty plea. There are some strategic reasons why someone may plead guilty, and many times it’s to avoid what’s known as the “trial penalty.” And this is a major reason why the vast majority of cases settle and don't go to trial. The trial penalty refers to the difference between the punishment or sentence offered in a plea prior to trial, versus the sentence or punishment a defendant receives after trial. A defendant may plead guilty simply to avoid the risk of a harsher punishment if they lose at trial.

The second way you can be found guilty is through a guilty verdict at trial. At trial, the fact-finder (usually a jury, but it can be a judge in what’s known as a bench trial) is there to determine guilt or innocence. If the government has not proved its case beyond a reasonable doubt, the law requires that the jury return a verdict of not guilty. The verdict must be unanimous, meaning everyone on the jury must agree. If they can’t, the judge will declare a mistrial and the defendant’s case will be tried again to a different jury at a different time.

How Can I Be Found Guilty At Trial?

To be found guilty at trial, the government must prove each and every element of the crime beyond a reasonable doubt.  At the end of the trial, the judge talks to the jury and tells them what reasonable doubt means. Charges are proved beyond a reasonable doubt if, after having heard all of the evidence, a jury has in their mind “an abiding conviction, to a moral certainty, that the accusation against the defendant is true. Moral certainty refers to the highest degree of certainty in human affairs.”  If a jury has any reasonable doubt, then the defendant is entitled to the benefit of that doubt and must be acquitted. The jury writes its decision on a verdict slip. 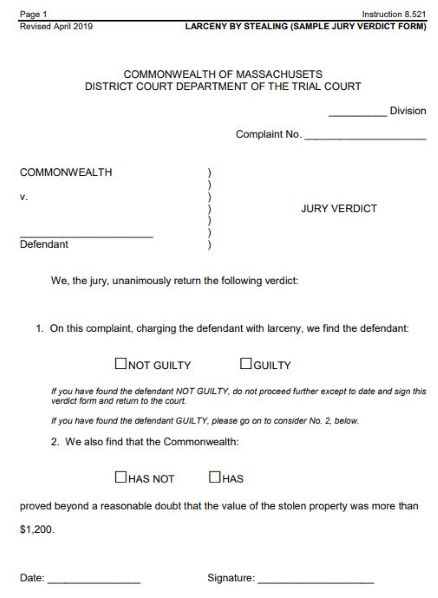 One thing people don’t realize is that for a total victory at trial, the jury must return a not guilty verdict on each and every charge.  For example, in a typical drunk driving case (called OUI in Massachusetts) someone is pulled over for driving all over the road and failing field sobriety tests. In those types of cases, the defendant usually faces three charges.  Count 1 would be OUI.  Count 2 would be the negligent operation of a motor vehicle, and count 3 might be a marked lanes violation, which is a civil, not a criminal, an infraction.

The theory of prosecution is that driving all over the road is a major safety hazard and that it's a crime to endanger the public by driving that way.  And it’s a separate crime to drive drunk. The jury will be deciding your guilt or innocence on each of count 1 (negligent operation) and count 2 (OUI/DUI).  Count 3 in this hypothetical would be dismissed before trial because it's a traffic ticket. The jury can, and sometimes do, come back with a not guilty on one count and a guilty on another.