Is It Possible to Clear My Record? Understanding Expungement Versus Sealing

Is It Possible to Clear My Record? (Understanding Expungement Versus Sealing)

CORI does not include restraining order “209A” cases or non-criminal matters such as Department of Children and Families “51A” reports of child abuse or neglect. Criminal cases that end in a favorable disposition—i.e., guilty plea resulting in probation, dismissal (including a CWOF that results in dismissal), acquittal—still appear on a CORI, unless they are sealed or expunged subject to certain conditions.

The policy of the criminal offender record information (CORI) scheme is to provide the public, and particularly employers and housing providers, with access to certain criminal records in order to make sound decisions while also enabling the sealing of criminal records where so doing would not present public safety concerns. The public presumptively has access to criminal records relating to criminal proceedings: blanket restriction on access to records of cases ending in acquittal, dismissal, nolle prosequi, or finding of no probable cause violates the First Amendment, even if access is not denied permanently.

However, importantly, individuals with criminal records can petition to either seal or expunge their conviction and non-conviction records subject to varying conditions and requirements. There is a significant difference between expunging a criminal record and sealing it: when a record is expunged, all traces of it vanish, and no indication is left behind that information has been removed, but in contrast, when records are sealed, they continue to exist but become unavailable to the public. 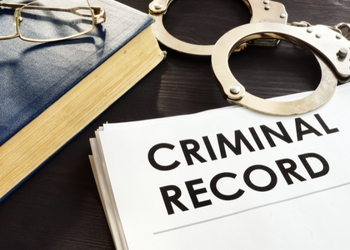 Sealed records are accessible in redacted form by law enforcement in order to conduct their daily duties. Courts can access sealed conviction records in subsequent criminal cases for purposes of sentencing, but not records from any case that did not result in a conviction (dismissal, probation, or a CWOF resulting in dismissal, acquittal, etc.).

The same rule applies to appointing authorities: such governing bodies like the Board of Probation can access sealed records resulting in convictions but not any other records. However, when records are expunged, they truly no longer exist and are thus almost completely unavailable by law enforcement, courts, appointing authorities, employers, members of the public, or anyone else.

Check out our additional articles exploring sealing and expungement in greater detail to learn more about these two important pathways to limit access to your prior criminal records and move on with your life without fear of such a record affecting your housing or employment prospects or coming back to bite you in a subsequent criminal case.

In combination with the protections under the sealing and expungement statutes, Massachusetts has other strong protections against employment discrimination based on prior criminal records. Massachusetts recently amended a “ban the box” provision which prohibits employers from asking about any kind of criminal record information on their initial written applications.

After the initial application, in an interview, employers may generally ask about any prior unsealed felony convictions.

It is Illegal for Most Employers to Ask Questions At Any Stage of the Hiring About:

Additionally, it is illegal to ask applicants for jobs, housing, licensing, or volunteer opportunities to provide a copy of their own CORI record for the employer or other requestor. It is also illegal to ask an applicant for a job, housing, licensing, or volunteer opportunity, questions about a CORI report unless the interviewer gives the applicant a copy of the report BEFORE asking the questions.

Finally, it is illegal for employers, housing, licensing, or volunteer opportunity screeners to not provide applicants with a copy of the CORI or other background report they obtained if they rejected the applicants due to a criminal record.

Learn More About Your Legal Options