Will a DUI Conviction affect my ability to get or maintain a Security Clearance?

Will the Security Clearance Specifically Ask About My Criminal History?

There are two types of Security Clearance Forms.

The SF-85’s are used for public trust and lower-risk positions. SF-86’s are used for all Security Clearances- these include the highest levels for security clearance: Secret and Top Secret. The SF-85 specifically asks about arrests, convictions, probation, parole, or imprisonment in the last 7 years. This means if you were arrested for an OUI but received a Not Guilty, you should still write it down. 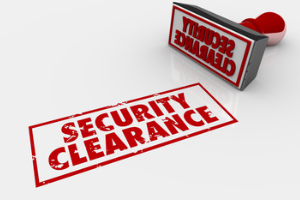 The SF-86 asks if you have ever been arrested, received a conviction, been on probation, parole, or imprisoned. This means even if your OUI was from when you were a minor, you should still mention it. The more honest you are on the application, the better your chances will be of receiving a security clearance.

Will a DUI Conviction affect my ability to get or maintain a Security Clearance?

It is unlikely that a DUI will by itself prevent automatic disqualification from getting a Security Clearance. However, this will depend on a few factors. For example, how long ago was the conviction? A conviction from ten years ago might not raise as many questions as a conviction that you received a few weeks before. One DUI conviction, compared to several convictions, will also be considered. If you have a DUI conviction, it is important to be honest about what happened.

For example, make sure you do not have any outstanding fines. Also, be prepared to talk about how you’ve taken steps to prevent this from happening again. Have you received any treatment for alcohol abuse? If so, talk about that. It could be helpful by showing that you’ve been proactive, mature, and thoughtful about making sure there is not another occurrence of drunk driving.

My Record was Expunged. Does This Mean I Don’t Need to Report the Conviction on My Security Clearance Application?

No. Even if your record has been expunged, you should still be prepared to talk about any OUI or DUI convictions you have received. There is a question on the SF-86 application which specifically asks you to list records that were sealed or expunged. This includes juvenile records.

Certain states automatically seal your juvenile records. Massachusetts however is not one of them. While it is possible to have your juvenile record sealed, it can still be accessed by the government. Again, the best thing you can do is be completely honest. Lying on the application is more likely to hurt your chances of receiving security clearance than being straightforward about your past.