Are There Any Advantages to Refusing the Field Tests or Breathalyzer

From the perspective of someone facing an operating under the influence charge, the immediate penalty for refusing to consent to field sobriety tests or a breathalyzer is harsher than the immediate penalty for taking said tests and ultimately failing, but the long-term penalty for failing the tests can be much more severe, so there is absolutely an advantage to refusing. As long as a defendant can stand to lose their license for a period of time, refusing to consent to the field tests or breathalyzer is almost always the smart move. While there will be a longer license loss upfront, as our Massachusetts OUI attorney mentions, there is a much higher chance that the criminal case will ultimately be resolved favorably compared to if a defendant had consented to the field, breath, or blood tests. 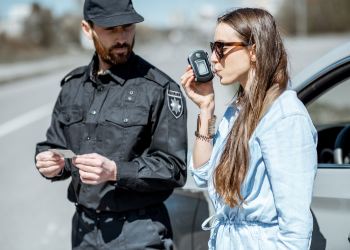 The license loss for a chemical test refusal varies based upon the client’s prior criminal history of operating under the influence cases but is at least one-hundred-and-eighty-days. The prior history considered will include both cases that were continued without a finding and those that resulted in a finding of guilty. There is a lifetime look back in evaluating whether the operator is a multiple offender. For someone over twenty-one, the length of the license suspension ranges from one hundred and eighty days to life as follows:

For someone under twenty-one, the length of license suspension ranges from three years to life as follows:

While the calculation with regard to taking versus refusing field sobriety tests is slightly less black-and-white than the 30-day-versus-180-day suspension with the breathalyzer, the end result is still the same: it will almost always be in the defendant’s best interest to refuse to consent to any field tests. Field sobriety tests are much more subjective than a blood alcohol content test: whether or not you pass or fail the test is based on the perceptions of the officer with regard to your level of intoxication (based of course on standard signs of impairment). Given the subjective nature of the test, there is essentially no benefit to taking a field test. You can almost never “pass”: if the police suspect you enough to pull you over and request that you complete a field test, they will likely arrest you afterward—based on their belief that it is more likely than not that a crime has been committed—regardless of how you do on the field tests (because they can always argue that to them, you seemed intoxicated).

Even if you are not intoxicated, it is certainly possible to “fail” a field sobriety test due to illness, fatigue, or nervousness. Consenting to field sobriety tests only gives the prosecution more rope to form the noose to hang you with. Refusing will likely result in your arrest—the Fifth Amendment principle that a defendant’s silence cannot be held against them does not apply in this context; the police can use your refusal to answer questions or consent to tests against you in their probable cause determination—but the police will have very little evidence to proceed to trial with and will likely ultimately struggle to convince a jury beyond a reasonable doubt that you were operating a vehicle on a public way under the influence of alcohol because the Fifth Amendment protection does apply at trial, meaning the police cannot introduce evidence of your failure to consent to tests at trial.

The reason it is crucial to thoughtfully invoke your right to refuse to consent to field, breath, and blood tests is that if you do so, the prosecution’s entire case against you comes down only to any 911 calls, the observations of the officer with whom you dealt during the stop and initial interaction in terms of any erratic driving they witnessed, slurred speech, the odor of alcohol, red or glassy eyes, etc., and the testimony of any other witnesses. While there may still be problematic evidence against you from such sources, you will almost certainly be better off than if the prosecution had additional evidence from the field tests or breath or blood tests. If the police have no evidence of the field tests or of a breath or blood tests, the entire case often comes down to the brief interaction with the police officer when you were pulled over and –hopefully—asserted your fifth amendment right to silence and respectfully informed the police officer that you would respectfully not be consenting to any tests and that you would be refusing the breathalyzer. It is often prudent to invoke your Fifth Amendment right to silence and to avoid giving the officer any additional information and making the prosecution’s burden any easier than it has to be. Even though such a refusal will result in an immediate suspension of your license, without evidence of a defendant’s blood alcohol content or observations regarding the field tests, the prosecution's path to obtaining a conviction becomes much more difficult.

While refusing the field sobriety tests and/or the breathalyzer when suspected of operating under the influence will result in a longer immediate penalty (a 180-day suspension compared with only a thirty-day suspension for a per se violation), the police will have a much harder time proving you were operating under the influence and obtaining a conviction in the long-run. If there is no evidence of your impairment as evidenced by the competition (or failure) of the field sobriety tests or a per se breathalyzer violation, the prosecution’s entire case against you will be based only on any visual or otherwise discernable signs of impairment like erratic driving, slurred speech, or the smell of alcohol during the events leading to a stop by the police and their initial interaction and questioning. This can often be a very minimal evidentiary record meaning that the prosecution does not have much evidence to work with to obtain a conviction. This dramatically increases your chances of ultimately obtaining a favorable disposition—even if it means being without a license for an immediate period of time—because the prosecution will have such little evidence to prove to a jury beyond a reasonable doubt that you were operating a motor vehicle on a public way under the influence of alcohol.

Refusing any field or breathalyzer tests is the first smart step in obtaining a favorable outcome in your case. The next smart step is to contact experienced criminal defense attorney Nate Amendola to make sure that your case is favorably disposed of. An experienced defense attorney can analyze the events leading to your criminal charges to determine if any evidence can be suppressed or excluded, further limiting the ability of the prosecution to obtain a conviction.