How Does a Police Officer Determine Impairment? 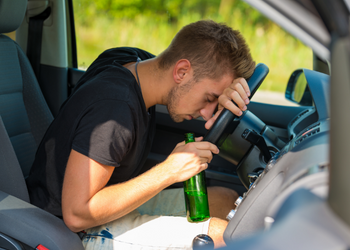 Most law enforcement personnel have received specific training on how to investigate impaired driving cases. This three-day training was developed by the National Highway Traffic Safety Administration (NHTSA) and is outlined in the DWI Detection and Standardized Field Sobriety Testing. Most, if not all, officers across the country and in Massachusetts have been trained through the NHTSA course. Our Massachusetts oui attorney details more.

Police are trained to conduct an OUI investigation in three phases:

Often, a police officer will use other methods to test a driver’s sobriety. These include the alphabet test, the finger count, the finger-to-nose test, and the Romberg test.

If, after conducting all of the various forms of sobriety tests, the officer concludes that a driver is impaired, an arrest is made. Then the matter is handed over to the District Attorney’s office to prosecute the case.

To win a Massachusetts OUI Prosecution, the Commonwealth Must Prove Beyond a Reasonable Doubt Three Things:

If You Are Charged, Call Us

If the officer who pulled you over decides that you are impaired in South Shore, Massachusetts, or its surrounding counties, you will be charged with OUI and will need to call Nate Amendola Defense as soon as possible. There is a lot of room for error in the investigation and arrest process and, if we can prove the officer did not do everything by the book, we can build a defense around that. Don't give up hope.