Why are OUI arrests so common in Massachusetts?

Your performance on the field sobriety tests assist the officer in forming probable cause that you are impaired. Probable cause is subjective—it’s what the officer thinks at the time. It’s a very low standard. 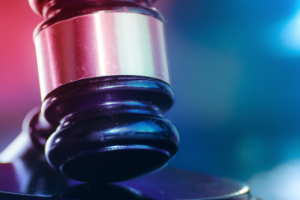 Once You're Out of the Car, You're Probably Going to Be Charged

Chances are if the officer orders you out of the vehicle, it is because they have observed some of the so-called tell-signs of drinking: red, bloodshot, glassy eyes; odor of alcohol; and slurred speech. Once you’re out of the car, there is a high chance you’ll get arrested. Why? If you have been ordered out of the car, it’s because the officer suspects that you are impaired or have been drinking.

A police officer, whose duty is to maintain public safety, is going to be very apprehensive about letting a person get back in a car if they suspect that you’ve been drinking. That’s why it’s rare to hear about a person “passing” field sobriety tests.

If you have been charged with OUI, it would be a mistake to think you can fight the charges yourself. Contact the law office of Nate Amendola Defense to find out what we can do to help you secure the best possible outcome in your defense. We are here to help those in eastern Massachusetts and surrounding counties.

Nate Amendola Defense
It’s Not Too Late. Let Us Review Your Case.

Tell Me More
If You Have An Additional Question Or Need Legal Representation,