How can accusations of domestic violence affect my child custody case?

The penalties for domestic violence go far beyond fines and jail sentences. A parent who has been accused of abuse in the home could suffer a loss to their reputation, career impediments, and even custody of their children. When the court makes a decision about temporary or permanent child custody, the judge will consider evidence of past or 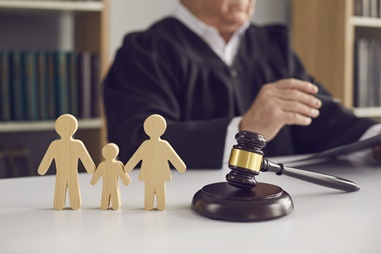 present abuse committed by one parent toward an intimate partner or toward the child.

Since the function of the court is to do whatever is in the best interest of the child, judges rarely give an abusive parent legal or physical custody. However, the right criminal defense attorney can argue your case and provide evidence to prove that the child will be safe with you.

Domestic violence can refer to many kinds of abuse committed by one family member against another. In a custody case, the judge must consider whether your behavior qualifies you as an "abusive parent." To meet this definition, you would either have had to commit a serious incident of abuse or have repeatedly committed acts of abuse.

In a custody case, a "serious incident of abuse" means:

A judge is also unlikely to place a child with a parent who has demonstrated a pattern of abuse, such as one or more of the following:

Can a Parent Accused of Domestic Violence Ever Get Custody of a Child?

The likelihood of your being given custody depends on the specifics of your case, such as the type and extent of the alleged abuse and the evidence you present in your defense. For example, the court may consider:

At Nate Amendola Defense, we have helped numerous clients overcome accusations of domestic assault. Our attorneys will do everything we can to preserve your rights as a parent and prevent charges of domestic violence from ruining your life. Contact us today to set up a confidential consultation and have us get started on building your best defense.