Do I Need a Lawyer For a Clerk Magistrate Hearing?

Yes. Massachusetts law gives you the right to be represented by counsel at a clerk magistrate hearing. You should put careful consideration into who will represent you, as the quality of your defense attorney is vital to your success at the hearing. If you don't secure competent counsel, you could end up with a jail sentence, high fines, and a criminal record.

Benefits of Having a Defense Lawyer at Your Clerk Magistrate Hearing 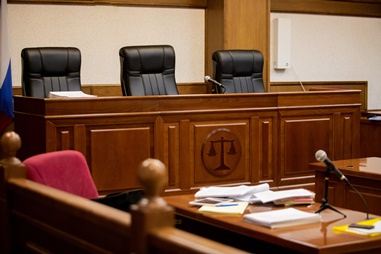 The most significant benefit to having an experienced criminal defense attorney by your side is that your entire case could be dismissed on the day of the hearing. A solid legal argument can often convince the clerk magistrate to deny the complaint against you or put off sentencing, so you won’t have to deal with the negative consequences of a conviction.

Your attorney can advocate for you in many ways, including:

The earlier you get a knowledgeable defense lawyer involved in your case, the better prepared you will be for whatever your case holds. The prosecuting attorney has seen (and likely won) many similar cases to yours and knows precisely how the court system works and how to get a magistrate to issue a complaint. With so much at stake, you need someone tenacious who will craft a strong defense based on the specific factors of your case.

If you have gotten a notice to show up for a clerk magistrate hearing, your future is hanging in the balance. At Nate Amendola Defense, we do everything we can to mitigate the charges against you and prevent the fallout from the offense from ruining your life. You can contact us online or call our office directly at 781-661-5450 to schedule your free consultation with one of our top notch defense lawyers. We have been proudly servicing clients throughout Hingham, Massachusetts and surrounding areas such as Plymouth, Barnstable, Nantucket, and more.