Am I going to jail if convicted?

There is always the possibility of serving jail time if convicted of the charge of operating under the influence, but it is never guaranteed, and for a first-time offender with no criminal record, it is unlikely. ; A common result for a first-time offender who does not wish to take the case to trial is a continuance without a finding, along with a loss of license, fines, and participation in an alcohol education course.

The OUI laws give a judge immense discretion as to how to sentence any convicted defendant. There are a number of factors to be taken into account when sentencing, including an offender’s prior criminal record, the facts of the case, and whether any other criminal charges resulted from the events leading to the OUI charge.

The laws provide the trial judge with a range of possible options for sentencing. For a first offense, our Massachusetts criminal defense lawyer explains, a judge does have the ability to impose jail time, but can also impose only probation or an alternative sentencing arrangement including alcohol education classes. 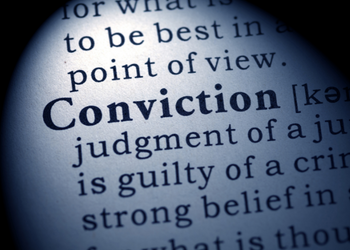 Here’s a quick look at the maximum penalties for certain OUI offenses:

Given that operating under the influence is among the most common crime charged in Massachusetts, and the fact that this is a crime committed by all different types of people from all different walks of life, the Massachusetts legislature has essentially written a second chance into the law via the §24D alternative disposition. Thus, while it is possible to be sentenced to jail if convicted of a first offense, it’s not common, especially if you have no criminal record or a very limited one.

A common route for a first-time offender is for the case to proceed through arraignment, and then to be resolved prior to trial through a continuance without a finding or other guilty plea resulting in a period of probation (with the requirement that alcohol education courses be completed) along with fines and a loss of license. Of course, there are plenty of cases that warrant a trial. Many of these cases end up with not guilty verdicts, but of course and unfortunately, guilty verdicts do happen.