What is the age of consent in Massachusetts? 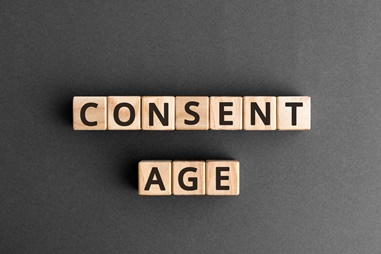 Sexual Assault of a Child Under 16

Sex with a child under 16 is more commonly known as statutory rape. Since state law decrees that children do not have the legal ability to consent to sexual activity, it doesn’t matter if the minor under 16 agreed to sexual intercourse or initiated the sex acts. These cases cannot be continued or placed on file—there must be a finding of guilty or not guilty.

Sexual assault of a victim under 16 years old is a felony offense, punishable by a term of at least 10 years and a maximum of life imprisonment. If convicted, a defendant will not be eligible for probation, parole, work release, furlough, or other sentence deduction until at least 10 years have been served. If the defendant has been convicted of previous offenses, the mandatory minimum is raised to 15 years.

The above penalties apply in sexual assault cases where a victim is:

Sexual Assault of a Child Under 14

Defendants could face aggravated child rape charges if the victim was under 14 when the abuse occurred. Potential penalties for these crimes include:

In times like these, you need someone who can give you straightforward legal advice and ensure that your rights are protected throughout your criminal case. At Nate Amendola Defense, we do everything we can to prevent conviction, registration on the sex offender list, and long prison sentences.