Regulations and Penalties for Unlicensed Carrying of a Firearm in Massachusetts 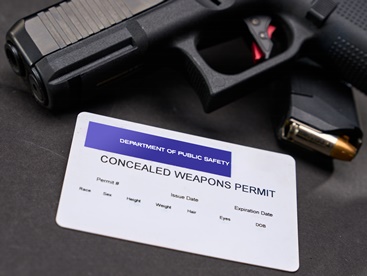 Massachusetts has some of the strictest gun laws in the nation. Depending on the circumstances of your arrest, you may be facing mandatory minimum sentencing and other severe penalties upon conviction. If you are found in possession of a firearm without the proper license, you will need the help of an experienced Massachusetts criminal defense attorney.

Massachusetts law provides two different types of gun licenses based on what kind of firearm a person owns and whether they plan to carry it on their person:

Penalties for Unlicensed Carrying of a Firearm

While illegally carrying any gun is a crime, the punishment for each offense depends on the circumstances of the violation. Crimes that involve carrying a firearm in public typically have more severe penalties than keeping an unlicensed firearm in your home or business. For example, penalties may vary depending on whether you:

Even if you have the appropriate license for your firearm, Massachusetts generally prohibits possession of a loaded rifle or shotgun on any public way. Unloaded rifles or shotguns may be carried in public by licensed persons as long as they are enclosed in a case. However, there may be exceptions for hunting purposes.

Possession of a shotgun or rifle on a public way can be a felony or misdemeanor charge, resulting in:

There are a number of valid defenses for weapons charges, and the one that will work for you depends on the circumstances of the arrest. We may be able to suppress the firearm, refute the claim that the gun was in your possession, or argue for a reduction of the charges. If you’re facing conviction, we may be able to have your sentence suspended in lieu of probation.