Can a Bar, Restaurant, or Liquor Store be Held Liable in a Drunk Driving Case?

Free Case Evaluation
Yes, so bartenders, liquor stores, and restaurants need to be very careful and thoughtful about who they serve alcohol to. In Massachusetts, alcoholic beverages are not allowed to be sold or delivered to anyone who is visibly intoxicated. This means that if a restaurant, bar, or liquor store sells alcohol to someone who is drunk, and that person then goes on to injure themselves, or someone else, the seller could be held liable for the injuries and damages that result from the accident.
This is called “dram shop liability”, as our Massachusetts OUI defense attorney explains. Dram shops refer to places where alcohol is sold. To be sure, any facility in the state that sells alcoholic beverages could be considered a dram shop and thus be held liable for injuries or damages stemming from a drunk driving case.
The same applies to drunk drivers under the age of 21. It is illegal to sell alcohol to anyone under the age of 21. Thus, if you are involved in an accident with someone underage who has had something to drink, the establishment that sold the underage driver alcohol can be held liable for damages. Liability can also attach to parents who have supplied alcohol to minors. 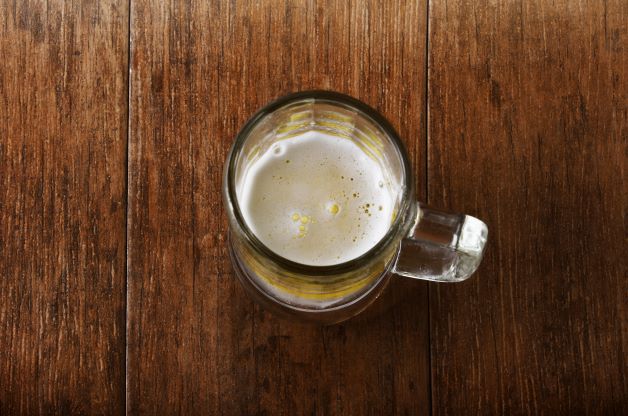 What Types of Damages Would the Massachusetts Dram Shop be Responsible for?

The dram shop could be held responsible for medical costs resulting from injuries; damages to property, such as a car; lost income and wages; emotional distress; and physical pain and suffering.

Can Both the Driver and Restaurant/bar be held Responsible in a Drunk Driving Case?

Yes, these things are not mutually exclusive.  If you drive a car after being served too many drinks, are impaired, and cause an accident, you can be held criminally responsible for driving under the influence, and the restaurant can also be held liable for having served too many drinks. This also means that if you were the person injured in a crash where the other driver was under the influence, you could seek damages from both the facility that served the driver and the driver themselves. A lot of restaurants and bars have insurance in the scenario that one of their drunk patrons causes an accident, so there are ways to recover some of your damages. A personal injury lawyer would help the accident victim of a drunk driving case, and the insurance company of the driver would likely hire an attorney to represent the driver.

Is a Dram Shop Criminally Liable or Civilly Liable?

Dram shop cases are decided in civil court and do not involve criminal charges. However, dram shops can be criminally charged for serving a minor alcohol which can result in jail time and fines.
Drivers involved in drunk driving cases can be held criminally and civilly liable. The driver can face legal consequences for breaking the law and the person injured in the accident can sue the driver in a civil court to recover damages.

What is the Difference Between Civil and Criminal Cases?

Criminal cases involve acts that are against the law—for example, charges such as assault and battery, theft, homicide, and driving under the influence. In a criminal case, the defendant (the party accused of the crime) is being charged by the government. So, cases are captioned, for example, Commonwealth v. Smith. Civil cases involve disputes between private parties (the state could be a private party but that’s less common). These can include cases about slander, negligence, personal injury, and breaches of contract. In both criminal and civil cases, trials are often heard by juries.
In both cases, trials are sometimes heard without a jury and just in front of a judge. Another key difference between the two types of cases involves something called the burden of proof. In criminal cases, the government bears the burden to prove that the defendant is guilty “beyond a reasonable doubt.” That’s how we get the innocent until proven guilty standard.  The defendant is presumed innocent until and unless the government and prove otherwise. Civil cases have lower standards of proof.  In most civil cases, the plaintiff (the party that is suing the other party) has the burden of proof and needs to show a “preponderance of the evidence.” This means they need to prove to the judge or the jury that there is a greater than 50% chance that what they are saying happened actually happened.