Arrested for, or charged with, OUI or DUI offenses in Massachusetts, and feel like your life's on the verge of coming apart at the seams? That's understandable. The criminal justice system is frightening and overwhelming, especially if you're not used to finding yourself on the wrong side of the law. Take a deep breath. Your current legal problems don't have to signal the end of life as you know it or mean that the dreams you've worked toward are suddenly out of reach. Our Nantucket OUI lawyer at Nate Amendola Defense is here to help.

Massachusetts OUI/DUI: What You Should Know 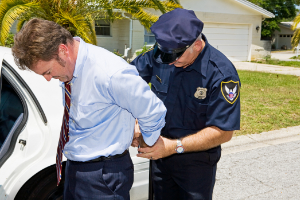 Operating or driving a vehicle under the influence of alcohol or drugs is a serious offense in the Bay State. What's considered "under the influence?" According to Massachusetts law, it's operating a vehicle with a blood alcohol concentration (BAC) of .08 percent or greater—and it's illegal even if you aren't visibly intoxicated. The legal limits are even lower for commercial drivers (.04 percent) and motorists under 21 (.02 percent).

Pulled over and arrested for operating or driving your vehicle under the influence? You could face misdemeanor or felony OUI or DUI charges. The state charges first and second OUI offenses as misdemeanors, while third, fourth, and subsequent offenses are charged as felonies.

Potential Penalties of a First-Offense OUI/DUI

Is this your first offense? You may be able to complete a probation program under the so-called Alternative Disposition instead of serving time in jail. However, penalties are much harsher for second, third, or subsequent offenses and may include mandatory jail time. Other factors that can increase the penalties for an OUI/DUI conviction are damaging property, injuring people, or having children in the vehicle when you were pulled over.

Fill Out the Form Below