Arrested for, or charged with, OUI or DUI offenses in Massachusetts, and feel like your life's on the verge of coming apart at the seams? That's understandable. The criminal justice system is frightening and overwhelming, especially if you're not used to finding yourself on the wrong side of the law.

Take a deep breath. Your current legal problems don't have to signal the end of life as you know it or mean that the dreams you've worked toward are suddenly out of reach. Our Massachusetts OUI lawyer at Nate Amendola Defense is here to help. 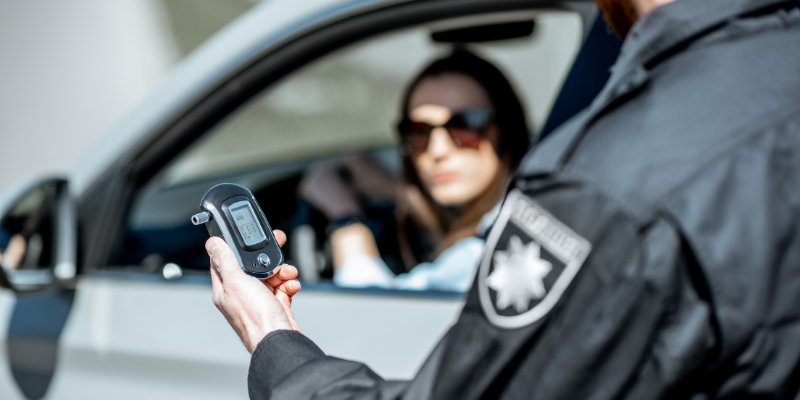 OUI/DUI in Massachusetts: What You Should Know

Operating or driving a vehicle under the influence of alcohol or drugs is a serious offense in the Bay State. What's considered "under the influence?" According to Massachusetts law, it's operating a vehicle with a blood alcohol concentration (BAC) of .08 percent or greater—and it's illegal even if you aren't visibly intoxicated. The legal limits are even lower for commercial drivers (.04 percent) and motorists under 21 (.02 percent).

Pulled over and arrested for operating or driving your vehicle under the influence? You could face misdemeanor or felony OUI or DUI charges. The state charges first and second OUI offenses as misdemeanors, while third, fourth, and subsequent offenses are charged as felonies.

Penalties You Can Expect for OUI/DUI in Massachusetts

A second offense is also a misdemeanor. A defendant faces a maximum of 3 months in a house of correction but shall serve not less than 60 days (30-day mandatory), fines between $600-6,000, and a suspended license for 2 years, with a work/hardship license considered in a year.

A third offense is a felony. A defendant faces not less than 180 days (150 days mandatory), and not more than 5 years in state prison, a fine between $1,000 and 15,000, and a suspended license for 8 years, with a work/education hardship considered in 2 years.

A fourth offense is a felony. A defendant faces not less than 24 months (1 mandatory), and not more than 5 years in state prison, a fine between $1,500 and 25,000, and a suspended license for 10 years, with a work/education hardship considered in 5 years.

A fifth offense is a felony. A defendant faces not less than 30 months (24 months minimum mandatory) and not more than 5 years in state prison, a fine of $2,000-50,00, and a suspended license for life.  There is no possibility of a hardship license.

Potential Penalties of a First-Offense OUI/DUI

Is this your first offense? You may be able to complete a probation program under the so-called Alternative Disposition instead of serving time in jail. However, penalties are much harsher for second, third, or subsequent offenses and may include mandatory jail time. Other factors that can increase the penalties for an OUI/DUI conviction are damaging property, injuring people, or having children in the vehicle when you were pulled over. 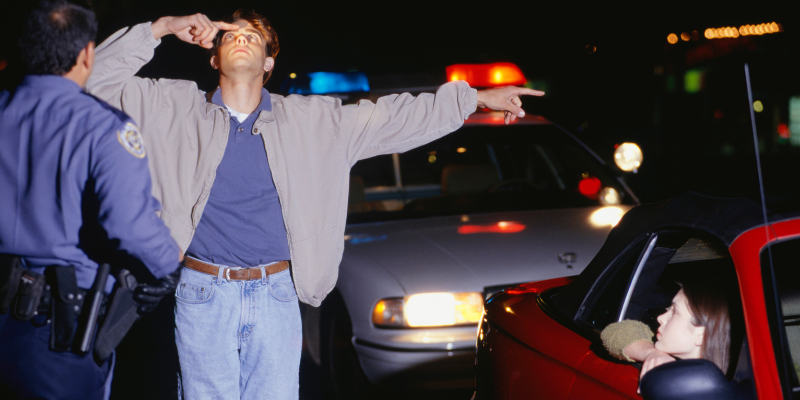 Operation of a Motor Vehicle

Most people understand what it means to operate a car. What most people don’t realize is that, in the eyes of the law, you don’t actually need to be driving to be “operating” a motor vehicle. When you do any act which tends to set the vehicle in motion, you’re “operating the car.”

If the engine is running—even if you’re not driving—you are operating the car. Sitting in a parked car with the heat running is enough to count as operation. Likewise, most people know what a car is. A motor vehicle can include an ATV, but a motor vehicle is not a wheelchair, or a vehicle operated or guided by a pedestrian or a moped.

A public way is a road where the public has a right of access.  That covers the obvious things, like a highway or a municipal street or road.  It also includes parking lots, shopping centers, and fuel stops.

In many DUI cases, the issues of public way and operations aren’t in dispute. Rather, the central issue is whether the Commonwealth can prove that you were under the influence of alcohol.  In this way, the prosecution must prove beyond a reasonable doubt that the defendant’s consumption of alcohol diminished his or her ability to operate a motor vehicle safely.  Importantly, the prosecution is not required to show that a driver actually drove in an unsafe way, but rather that the alcohol impairment diminished a driver’s capacity to operate safely.

With so much riding on the outcome of your case, you need a highly skilled attorney to mount a strong defense and help you navigate the legal system. Unfortunately, not all lawyers or law firms are created equally. Many are unable or unwilling to help defendants manage—or overcome—the full range of challenges they're facing.

We investigate every aspect of your pending OUI/DUI charges—from probable cause to chemical breath test technicalities—and develop a result-driven defense strategy to dispute the Commonwealth's case against you.

Prosecutions are undoubtedly stressful for defendants. While this might be one of the worst things that have ever happened to you, helping people who find themselves in situations like yours is something we do every day. We know the applicable legal statutes, case law, court procedures, and local prosecutors and options for resolving OUI/DUI cases. We'll help you understand—and resolve—your charges. Most importantly, as your fierce legal advocate and dui defense attorney, we won't let anyone take advantage of you.

Common Mistakes Made After an OUI or DWI Arrest

If you’ve been arrested, it’s because the police believed there was probable cause that you committed a crime. It doesn’t mean you’re guilty. Refrain from committing these types of mistakes after an arrest:

Sometimes an OUI/DUI means you had a little too much fun out with your friends and didn't make the best decision about how to get home. Other times, an OUI/DUI may indicate problems with alcohol or drugs, trouble at home, anger issues, or something else that's holding you back. Our compassionate and non-judgmental client support includes providing mindfulness strategies, book recommendations, and professional resources for overcoming any underlying issues standing in the way of your success.

At Nate Amendola Defense, there's no judgment—just an opportunity to get the help you need to slay your personal demons so that you can rebuild and enhance your life.

Contact Nate Amendola Defense online or call our Hingham office at (781) 859-0474 to schedule an appointment for a free initial case review. We're excited to discuss how our legal services and client support can make a difference in your OUI/DUI case in Plymouth, Norfolk, Bristol, Barnstable, or Nantucket Counties.