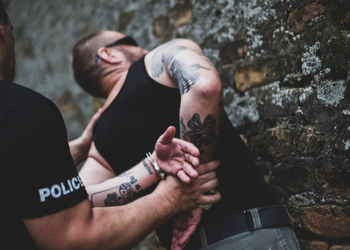 The Second Amendment guarantees the right to keep and bear arms. This right, however, is subject to reasonable government regulation. Massachusetts has some of the strictest gun laws in the country. Some charges have mandatory minimum sentences, and the laws are very complicated.

The most important thing to understand is that Massachusetts makes it a crime to possess a gun, feeding device, or ammunition without a proper license or legal exemption.  In Massachusetts, a License to Carry (LTC) is required for handguns and a Firearms Identification Card (FID) is required for rifles and shotguns.

Under Massachusetts law, many people are permanently precluded from ever possessing a firearm. This includes convicted felons and people who have been convicted of: a misdemeanor that carries the possibility of a sentence greater than two years; a violent crime; violation of any firearms law punishable by imprisonment; or a violation of most narcotic laws. A continuance without a finding on someone’s record does not necessarily disqualify them from getting a firearm.

Absent an LTC, an FID is necessary to possess non-large capacity rifles or shotguns. An FID card will not allow someone to possess or buy a handgun or large-capacity weapons. If a person has been convicted of a felony, a misdemeanor punishable by imprisonment for more than two years, a firearms offense carrying the possibility of imprisonment, or most narcotic laws, then that person is temporarily disqualified from being issued an FID for five years from the time of conviction, release from confinement, discharge from probation or parole, whichever is last occurring. Firearms crimes are set forth in Massachusetts General Laws Chapter 269.

Six Exemptions for Non-resident Possession of Rifles, Shotguns, and Ammunition in MA

Additionally, if you are a new resident to Massachusetts or released from any U.S. military, you may possess, but not carry in public, firearms, rifles, shotguns, and ammunition for 60 days.  A nonresident may carry a handgun in or through Massachusetts in order to take part in a competition or hunting excursion so long as the nonresident is a U.S. resident, has a valid LTC from another state, and has a hunting license.

Have You Been Arrested For A Gun Crime in Massachusetts?

If you've been arrested on a gun charge, domestic violence, or assault, you should speak to an experienced defense attorney as soon as possible. You can contact us online or call our office directly at 781-661-5450 to schedule your free consultation with one of our top-notch defense lawyers. We have been proudly servicing clients throughout Norwell, Massachusetts , and surrounding areas such as Plymouth, Barnstable, Nantucket, and more.