What is a Clerk-Magistrate’s Hearing?

The nuts and bolts of a Clerk-Magistrate’s Hearing are straightforward. A Clerk Magistrate’s Hearing (commonly called a “show cause” hearing or a “clerk’s hearing) is one of the ways in which a person in Massachusetts can be formally charged with a crime. If a person has not been arrested and the police (or a private citizen) believe that a crime has been committed, a hearing is held where a magistrate determines whether there is probable cause to charge a person with a crime in the District Court.  If the magistrate determines that probable cause exists, a criminal complaint will “issue” and the individual will receive a summons by mail ordering that person to appear in court as a defendant in a criminal case. If the magistrate does not find probable cause or defers his or his decision, then a criminal complaint does not issue, and you will not be charged with a crime.  You should bring your attorney with you to the clerk’s hearing because he or she can present evidence, cross-examine witnesses (usually police officers) and ultimately persuade the magistrate the standard of probable cause hasn’t been met or that justice can be served by other means.

The Complaint Process When a Person Has Not Been Arrested

The purpose of the complaint procedure when there has not been an arrest is to determine whether a person should be prosecuted for alleged criminal acts. There are three scenarios in which a clerk’s hearing may occur prior to a magistrate issuing a complaint and those situations apply only when a person has not been arrested.  This is perhaps the most important part of an accused’s criminal case because if you prevail at the clerk’s hearing, you will not be formally charged with a crime and will not have a criminal record.
By law, an individual who is accused of committing a misdemeanor and has not been arrested is entitled to a clerk’s hearing. Similarly, if a person is accused of committing a felony and has not been arrested, he or she is entitled to a clerk’s hearing only if the police officer specifically requested a hearing.  Lastly, if the offense is a felony but that complaint was not made by the police but by a private citizen, a clerk’s hearing will be offered.  In each of these three cases, a clerk’s hearing should be conducted unless the magistrate determines that there is an imminent threat of bodily injury, of the commission of a crime, or flight from the Commonwealth by the accused.  Written notice of the time and place of the hearing should be provided to the accused. 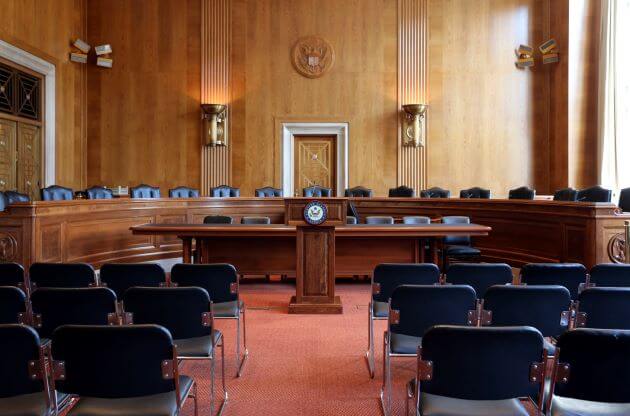 Remember that the standard of evidence at a clerk’s hearing is merely probable cause, and the clerk has discretion in how the hearing is conducted, including restricting cross-examination of any witnesses. Most of the time a clerk’s hearing is held not held in a courtroom but in either a clerk’s office or another space in the District Court. These proceedings are not public and almost always held in private. You must understand that the sole role of a magistrate in a clerk’s hearing is to determine whether probable cause exists to formally charge the accused with a crime. Defense attorneys often say that probable cause is a low standard.  “Probable cause” means “reasonable trustworthy information sufficient to warrant a prudent person in believing that a crime has been committed and that the accused is the perpetrator.”  At this stage, guilt or innocent is not determined. You are not on trial.  Rather, the magistrate is evaluating the statements made by the police to determine if the complaint is complete in terms of the elements of the crime alleged and believable in terms of its allegations.
At a clerk’s hearing, the law requires an accused an opportunity to be heard and to be represented by counsel.  At the hearing, a magistrate has only three options.  If, after the hearing, the magistrate does not find facts supporting a finding of probable cause, the magistrate will deny the application for complaint and the complaint will not issue.  If, on the other hand, a magistrate does find facts supporting a finding of probable cause, he or she must issue the complaint, unless the police and the accused agree to have a magistrate defer a decision.  This is often known as “holding the case open” and is very advantageous for an accused. The idea behind it is that the magistrate and the police agree to hold open a decision on the application for complaint for a period of time (usually several months), subject to conditions.  Those conditions are sometimes completion of a drug or alcohol program, completion of community service, or, sometimes, the condition is that the accused simply not get in trouble again.  If at the end of the agreed upon time period all of the conditions have met, the magistrate agrees not to issue the complaint

The Complaint Process When a Person Has Been Arrested

Many criminal cases start when a person has been arrested, and many arrests are made without an arrest warrant.  Police are allowed to make a warrantless arrest for all felonies and for some misdemeanors, when those misdemeanors involve a breach of the peace, are committed within the officer’s presence or view, and are continuing at the time of arrest.  The law does authorize warrantless arrest for other misdemeanors, namely some larceny charges, violations of restraining orders, and domestic assaults.
If a person has been arrested without a warrant, the police are required to file an application for complaint with the clerk’s office and attach a police report (often referred to as Statement of Facts) which provides the basis for the officer’s arrest. Once the application for complaint has been submitted to the clerk following an arrest, the magistrate must determine whether probable cause exists for each offense in the complaint. Importantly, the magistrate’s job is to determine whether there is probable cause to authorize a Complaint, and not whether there was probable cause at the time of the arrest.
If the magistrate determines that there is probable cause for all or some of the offenses listed in the application, the magistrate issues the complaint.  If the magistrate does not find probable cause, he or she should note this on the application for complaint and record a finding of no probable cause, in which case the complaint would not issue. In the case where a complaint does not issue and the arrestee does not have any outstanding warrants, the arrestee should be discharged, and the criminal matter should not proceed any further.  It is important to understand that if a person has been arrested, there will be no clerk’s hearing.

At Nate Amendola Defense, we help clients overcome accusations of domestic violence and do everything we can to prevent these charges from ruining their life. Contact us today to set up a confidential consultation and have us get started on building your best defense.