Theory of the Criminal Defense Case Summary in Massachusetts 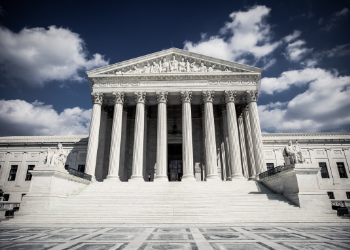 A theory of the case is a short, simple, and compelling summary of the defendant’s story of innocence that is consistent with the record in the case comports with universal emotional truths and leads the factfinder to a conclusion of innocence. The theory, as our Massachusetts criminal defense attorney explains, is a story that combines the good and bad facts of the case, the relevant law (and thus a defendant’s legal strategy), human emotion, and narrative themes. An effective theory of the case combines indisputable evidence (even the bad facts) with a compelling human story that leads the jury to the conclusion that your desired result is a just one. In other words, the theory is how or why a person is innocent. Think about it like this: the category of legal defense is like the genre of a book; the theory is a compelling summary of the story and plot.

The Importance of the Theory of the Case

People love a good story. Stories wield power through the narrative and the emotion they convey. A theory of the case is usually a short and straightforward story that describes the facts of the case and the legal framework it is governed by, and it uses emotive themes to argue on the defendant’s behalf compellingly. To come to a verdict, jurors ultimately construct a story, learn of their decision alternatives (not guilty, guilty, lesser-included charge, etc.), and then classify the story they are told by both the prosecution and the defense into the best-fitting category. A theory of the case that outlines the defendant’s innocence allows the jury to consider—and hopefully, adopt—such a story during deliberations when deciding what their own “theory” of the case is (in other words, how the jury thinks the facts of the case fit within the existing law).

The theory of the case is the center of the bull’s eye. Every decision circles around it.  Having a comprehensive and well-thought-out theory of the case will allow you to make sure that every strategic decision made throughout the criminal case can lead toward the ultimate goal of a favorable disposition. Your theory of the case can be used as a guide to determine how to proceed at certain stages of the case; depending on what exactly your understanding of the case is and what arguments you think can be made in the defendant’s favor, you may go one way or the other on several important decisions, including at the pre-trial, trial, and post-trial stages. It is important to make sure that your theory of the case informs your strategic decisions every step of the way throughout the criminal process and that your defense strategy is consistent and goal-oriented.

What the Theory of the Case is and isn’t

The theory of the case cannot be “the prosecution did not prove every element of the crime charged beyond a reasonable doubt.” That’s playing for the fumbles and it’s not a winning strategy.  While your theory of the case is ultimately often used to introduce reasonable doubt, the theory of the case—the story you tell the jury—must ultimately be one of innocence. Jurors are too likely to conflate a theory that focuses on reasonable doubt with the idea that a defendant is in fact guilty, but the prosecution simply did not do enough to prove it. The theory focusing on innocence—or at the very least, some other extenuating circumstances that make punishment less justifiable—can thus be used to argue that a favorable pre-trial disposition is warranted, that a plea to a lesser charge is warranted, or that a jury should acquit. A compelling theory of the case incorporates elements of human nature and a narrative experience that allows the jury to relate to the defendant’s struggle.

Establishing an Effective Theory of the Case

Establishing a compelling theory of the case that can be woven throughout your defense strategy and can ultimately allow a factfinder to find in your favor requires assembling a persuasive yet accurate factual narrative, framing that narrative within the existing law, and using emotion and traditional appeals to universal human truths to argue that a specific legal outcome is warranted and just based on the facts of the case and the existing law.

Along with the major components—facts, law, emotion—a successful theory of defense also requires figuring out what is motivating the complainant (usually either a victim or the Commonwealth). An effective theory of the case also needs to be conscious of the prejudices and biases of the jury or judge (for a bench trial). It may be prudent to come up with multiple theories of the case depending on which defenses you choose to employ – it is important to be extremely open-minded and creative when first coming up with a comprehensive theory of the case. Where it seems like one of two theories may be equally applicable at trial, it is important to be decisive and only proceed to trial on a single theory rather than being pulled in multiple different directions.

The first step in developing a successful factual narrative, and thus a compelling theory of the case, is to gather any evidence and facts, regardless of whether they initially seem good or bad for what is known about the case thus far. It is important to remain objective and impartial during this process to gather all potentially relevant facts at an early stage of the case to fully inform your theory of the case. The non-judgmental reaction is key at this stage.

Only once you have a clear and complete picture of the case can you then go back through all relevant facts again and sort them into categories depending on whether they advance or inhibit your theory of the case. Your theory of the case must be consistent with the (admissible) uncontroverted evidence in the case—there cannot be any inconsistencies between your theory of the case and even one fact that the jury will ultimately accept as true. In other words, you must embrace the bad facts, warts and all.

Your theory of course incorporates and both depends on and is dependent upon your specific legal defense in the case. Legal defenses generally fall into several different categories and include the following:

The final major step in developing a compelling criminal defense theory of the case is to incorporate universal human truths and narrative themes to evoke an emotional response from the factfinder to persuade them to find in your favor. Themes can be sayings, phrases, words you repeat. You want to intentionally use this language throughout the trial, during voir dire, opening, cross-examinations, and closing argument (e.g., a specific way to refer to the defendant, the victim, or other people in the situation). The idea is to use the language repeatedly to the point where the jury adopts the language you use thorough the case that fits your theme, meaning that when they are ultimately deliberating, they will adopt the language you have used, hopefully in acquitting the defendant. Universal human truths, narrative themes, and emotive narrative elements can include the following:

The emotional component of a case comes from archetypes (basic, fundamental human truths of life that transcend age, ethnicity, gender, and sex – love, hate, despair, poverty, hunger, dishonesty, and anger – sources of emotion to drive a theory of defense) and themes (words/phrases/simple sentence that capture the dominant emotion of the theory of defense). This part of a criminal defense theory also must include the motives of the relevant actors, especially the motives of the defendant in doing whatever they did that led to criminal charges.

Weaknesses and the Opposition

An effective theory of the case also must address—but not emphasize or spend too much time on—any weaknesses of the defendant’s case, including, gaps, inconsistencies, improbabilities, or flaws in theory, key facts that cannot be proved or are uncorroborated, and any witness credibility problems.

Developing a comprehensive and effective theory of the case will not be a one-time event: a good theory is constantly adapted and refined as the case goes on, depending on what sort of discovery is unearthed, what sort of motions are filed, how amicable the prosecution is to a favorable pre-trial or pre-arraignment disposition.

How the Theory of the Case Affects Strategy

Once a comprehensive theory of the case is developed, this can be used to make decisions on the specific strategies to be used throughout the case and how a compelling picture of the defendant can ultimately be painted to the jury. The theory of the case influences every decision you make regarding strategy throughout the criminal case including the strategy when it comes to the scope and volume of pre-trial motions and discovery. At trial, your theory of the case can have an impact on a defendant’s decisions about the following options or strategies: motions in limine; voir dire proceedings; opening statements; objections; cross-examination; defendant’s case in chief; closing argument; proposed jury instructions; proposed jury verdict form, among others.

Another strategic decision throughout the trial that is influenced by your theory of the case is the approach taken when it comes to jury section and voir dire. Attorneys can play a major role in determining who ultimately is seated on the jury through proposed questions to be used at voir dire—either asked directly by the attorney or by the judge—along with the strategic use of the ability to strike jurors both for cause and through the use of peremptory strikes. A peremptory strike is used for any reason as long (provided it’s not being used based on discrimination against a protected class. For example, it’s improper to use a peremptory strike to ensure that the jury is all-white). When drafting proposed voir dire questions or thinking about which jurors to use strikes for cause or peremptory strikes on, ultimately, you are trying to identify jurors who, because of their belief system or life experience, would not be amenable to your theory of the case. Relatedly, your theory of the case may influence how your draft proposed jury instructions or jury verdict forms.

Who did what and why did they do it? What are the legal, emotional, and moral reasons this requires a verdict in your favor? What is your single most important piece of evidence and your best response to the other side’s case?

The theory of the case needs to include a compelling yet accurate factual narrative that uses the relevant legal framework to argue, using relevant human emotions, that a proposed legal outcome is warranted.