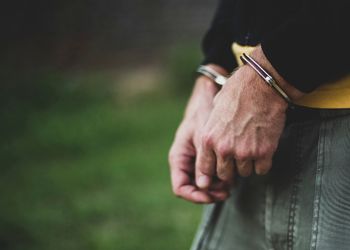 Most, but not all, criminal records—whether conviction - or non-conviction-related—can be sealed either through an administrative process by mail after a waiting period or by a judge without waiting. The administrative procedure for sealing criminal records, as our Massachusetts criminal defense lawyer explains, involves filling in a form and mailing or delivering it to the Office of the Commissioner of Probation after a waiting period.

Conviction records can only be sealed through the administrative mailing process, except for a first-time drug possession conviction, which can also be sealed by a judge under the process for sealing non-conviction records, provided the prior offender did not violate orders of the court related to probation or a CWOF. All other cases that ended in a “not guilty” finding, a dismissal or a nolle prosequi (a prosecutor dropped the case) also can be sealed through the administrative mailing process after the same waiting periods or by a court after a hearing without a waiting period.

Unlike with expungement, when records are sealed, they do not disappear completely; they continue to exist but become unavailable to the public. Not only will the public be unable to access the underlying records, but there will also be no public indication that there is any sort of sealed record. However, the raw data (identifying information) of such records continues to be available to law enforcement officials, including police, probation officers, and courts Sealed conviction records are additionally available to “appointing authorities,” while sealed non-conviction records are not.

In general, sealing of records of criminal proceedings has been reserved for exceptional cases. Because both proceedings and case files have already been publicly accessible, defendants must convince the court or administrative body that their privacy rights have not been lost irretrievably.

In 2010, the Legislature enacted extensive reforms to the CORI scheme, extending access to official CORI records to more employers, housing providers, and other organizations, for limited use, and simultaneously broadening the scope of the sealing provisions to enable more individuals to shield their records from public view.

Conviction or non-conviction records relating to the following crimes are ineligible for sealing:

The process for sealing conviction records—and the statutory sealing scheme generally—operates to ensure confidentiality for prior offenders, not to completely erase a prior conviction. Conviction records can only be sealed through the administrative mailing process requiring a waiting period, except for a first-time drug possession conviction, which can also be sealed by a judge without a waiting period. Convictions which have been pardoned are ineligible for sealing. For misdemeanor convictions, the waiting period is three years after a guilty finding or after any jail or prison time, whichever date is later.

For felony convictions, the waiting period is seven years after a guilty finding or after any jail or prison time, whichever date is later. If a case results in dismissal after a CWOF, the waiting period starts on the CWOF date, not the later date of dismissal. Sealed conviction records are barred from the public, but not from law enforcement, courts, and appointing authorities.

When a criminal justice agency with access to sealed records uses those records in a hiring determination, the agency is required to provide a candidate with advance notice and opportunity to explain the criminal history and to justify why the criminal record is disqualifying.

Juvenile conviction records and most sealed adult conviction records may be considered by a judge during sentencing in a subsequent case. However, a sealed record for a case that ended in a finding of “not guilty,” a “no bill” from a Grand Jury, or a “no probable cause” finding cannot be used against you in a later criminal case.

Sealed criminal records usually cannot be used in subsequent civil cases. As a result of CORI reform in 2010, there are exceptions for certain civil cases which include: abuse prevention cases, divorce, paternity, separate support, guardianship, termination of parental rights, and care and protection cases when the records are relevant to the issues of abuse, safety of a person or custody or visitation of a child. In these types of cases, the records may be used in a closed private hearing if the judge decides they are relevant and could be put in evidence in the case.

Importantly, however, sealed conviction records cannot be accessed by most other private employers (or public employers other than law enforcement agencies, courts, or appointing authorities), housing authorities, or professional licensing boards unless the case involved a serious crime that was transferred to a higher court. However, there are a few types of employers and agencies that can access information about your sealed record.

Additionally, sealed conviction records cannot be used as a basis to render a prior offender ineligible for a license to carry or sell firearms or ammunition.

The process for sealing non-conviction records covers the following dispositions:

(1) not guilty finding by a court or a jury;

(2) no bill returned by a grand jury (failure to indict);

(3) no probable cause finding by a court;

(4) dismissal without probation entered by a court;

(5) nolle prosequi entered (entry on the record of no further prosecution by the prosecutor).

A judge has discretion to seal non-conviction records where “substantial justice would be served. . . .” This requires a prior offender to prove merely that good cause exists for sealing the record. Trial courts look to the reason for the dismissal and the risk of specific harm to the defendant if the record is not sealed.

The evaluating court must recognize both the public’s general right to access criminal record information with the interests of the defendant and of the Commonwealth in keeping the information private, including the compelling governmental interests in reducing recidivism, facilitating reintegration, and ensuring self-sufficiency by promoting employment and housing opportunities for former criminal defendants.

At a minimum, judges should evaluate the particular disadvantages identified by the defendant arising from the availability of the criminal record, evidence of rehabilitation suggesting that the defendant could overcome these disadvantages if the record were sealed, any other evidence that sealing would alleviate the identified disadvantages, relevant circumstances of the defendant at the time of the offense that suggest a likelihood of recidivism or of success, the passage of time since the offense and since the dismissal or nolle prosequi, and the nature of and reasons for the particular disposition.

Judges may take judicial notice of the well-known consequences for employment from the existence of a criminal record.

Although a petitioning defendant need not establish risk of specific harm in order to show good cause for sealing of non-conviction records, he or she must allege with sufficient particularity and credibility some disadvantage stemming from criminal offender record information (CORI) availability that exists at the time of the petition for sealing or is likely to exist in the foreseeable future.

If the court determines on the pleadings that the defendant made a showing of good cause for overriding the presumption of public access to court records, it should hold a hearing on the merits after providing notice to the public and other interested parties. If no showing of good cause is made, the court, in its discretion, may dismiss the petition on the pleadings or hold a preliminary hearing.

Whether you need to seal conviction or non-conviction records, it is important to have an experienced criminal defense attorney by your side. Contact Nate Amendola, an expert criminal lawyer with a thorough understanding of the sealing process in Massachusetts, today.

It’s Not Too Late. Let Us Review Your Case.

Learn More About Your Legal Options
Learn a Little Law, and a lot About Life, with Our Monthly Newsletter: Barely Legal with Nate Amendola
Sign Up For Our NewsletterSubscribe Now