Understanding the Basics of an OUI Charge

What is Operating Under the Influence?

OUI cases are simply drunk driving cases. The better thing to do is to call them impaired driving cases. That’s because one doesn’t need to be “drunk” to get arrested or convicted. Like all crimes, an OUI is made up of elements that the prosecution must prove beyond a reasonable doubt.

In order to win its case against you, the prosecutor must prove that you, the driver, (1) operated a motor vehicle (2) on a public way (3) under the influence of intoxicating liquor OR (4) with a blood alcohol concentration of .08 or greater.

Let’s break down these elements with our Massachusetts OUI attorney. 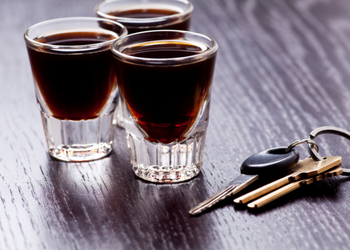 Operation of a Motor Vehicle

Most people understand what it means to operate a car. What most people don’t realize is that, in the eyes of the law, you don’t actually need to be driving to be “operating” a motor vehicle. When you do any act which tends to set the vehicle in motion, you’re “operating the car.”

If the engine is running—even if you’re not driving—you are operating the car. Sitting in a parked car with the heat running is enough to count as operation. Likewise, most people know what a car is. A motor vehicle can include an ATV, but a motor vehicle is not a wheelchair, or a vehicle operated or guided by a pedestrian or a moped.

A public way is a road where the public has a right of access.  That covers the obvious things, like a highway or a municipal street or road.  It also includes parking lots, shopping centers, and fuel stops.

In many DUI cases, the issues of public way and operations aren’t in dispute. Rather, the central issue is whether the Commonwealth can prove that you were under the influence of alcohol.  In this way, the prosecution must prove beyond a reasonable doubt that the defendant’s consumption of alcohol diminished his or her ability to operate a motor vehicle safely.  Importantly, the prosecution is not required to show that a driver actually drove in an unsafe way, but rather that the alcohol impairment diminished a driver’s capacity to operate safely.

A fact finder (either a judge or jury) at trial determines diminished capacity.  To prove diminished capacity, the prosecution relies heavily, sometimes exclusively, on what the arresting officer heard, smelled, and saw. Police officers are trained to look for signs that someone is intoxicated. At trial, the officer will likely talk about the observations that he or she made when pulling over the defendant. If the officer observed the defendant’s driving, they will testify as to what caused them to pull the defendant over.

Another field sobriety test is called the Horizontal and Nystagmus Test (HGN Test). This is where the officer waves a pen in front of the driver’s face. The point of the test is to see if the eyes make any involuntary jerking motions (called nystagmus) which can indicate that the driver is under the influence of alcohol.

Because most police officers are not able to give expert testimony on HGN Tests, the results of this test are almost never allowed to be used at trial.

The Commonwealth may also prove intoxicated driving by the so-called “per se” law. This law creates a separate category for OUI cases for breathalyzer cases with a reading of .08% or greater. In other words, if a driver elected to take the breathalyzer and the result is .08% (the legal limit) or greater, the law presumes that the driver is impaired.