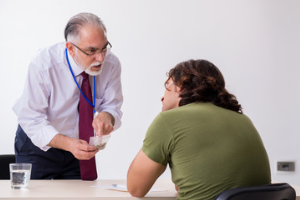 Drug crimes involving controlled dangerous substances and unauthorized prescription drugs are heavily prosecuted in Massachusetts. If you or someone you know is subject to a drug investigation or has been charged with any type of drug crime, your first action should be to call a trusted Massachusetts criminal defense attorney.

At Nate Amendola Defense, we can vigorously protect your legal rights and make an exhaustive examination of your drug arrest in search of weaknesses, errors, and flaws in the evidence being used against you. With early intervention on our part, our Hingham drug crime attorney may be able to secure a case dismissal or reduction in charges or penalties.

The Drug Laws in Massachusetts

In Massachusetts, illegal drugs are classified into groups ranging from the most dangerous and addictive in Class A to the least dangerous in Class E. How you're charged in any drug case will depend on the Class of drug found in your possession, how much of it was found, and whether your purpose for possession was to sell or distribute.

Drug crimes in the state can include:

In some possession charges, you may be granted drug court or treatment options in lieu of jail time and other serious penalties. Distribution and trafficking offenses carry the most serious penalties which can include significant minimum jail sentences. Furthermore, a conviction can leave you with a permanent criminal record which can be detrimental to your future.

Fight Back With a Strong Defense

The attorney you choose to represent you against drug charges can have a dramatic difference in how your case unfolds. At Nate Amendola Defense, you can work with our South Shore drug crime lawyer who prides himself on securing favorable outcomes and winning cases. You can contact us online or call our office directly at 781-661-5450 to schedule your free consultation with one of our top-notch defense lawyers. We have been proudly servicing clients throughout Norwell, Massachusetts , and surrounding areas such as Plymouth,