Have you been accused of domestic violence in South Shore? Domestic violence offenses are taken very seriously in Massachusetts courts. Police officers and prosecutors pursue these violent accusations to the fullest extent of the law. Because of the state’s approach, family abuse and domestic violence charges can often be filed based on false information, exaggerations, and misleading statements made by the alleged victim.

If you or someone you know has been charged with a domestic violence crime, getting trusted legal representation should be your top priority. A conviction can lead to serious penalties that can affect you for years to come. At Nate Amendola Defense, our Massachusetts criminal defense attorney has helped many individuals facing such charges and can take aggressive action to help you achieve the best possible result. 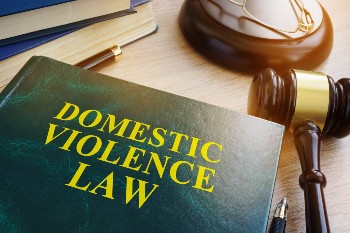 Under Massachusetts law, domestic violence is considered to be actions of abuse. The abuse can be physical, emotional, or sexual. It can also include economic abuse as well as neglect. Abuse involves trying to or actually causing physical harm, putting the victim in imminent fear of harm, or making the victim have sexual relations without consent through force or duress. Domestic violence cases can include domestic assault and battery, stalking, and violating a protective order.

Those who can be involved in domestic abuse cases include:

When it comes to a domestic assault and battery conviction, a first offense is punishable by jail time of up to two and a half years and/or a fine of up to $5,000. Subsequent offenses may result in prison time of up to five years. Additional penalties can include mandatory completion of a batterer's program as well as being subjected to the restrictions of a protective order.

A protective order can force you to vacate your home, prohibit you from any contact with the protected person and any children, cause you to lose child custody rights, order child and spousal support as well as restitution to the victim, and more.

Nate Amendola Defense
If You Have An Additional Question Or Need Legal Representation,

Learn More About Your Legal Options