Consequences of a Domestic Violence Conviction in Massachusetts 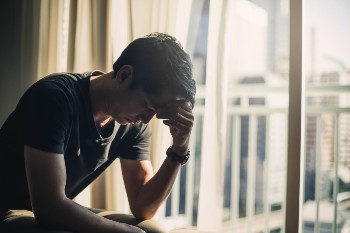 Domestic violence is a serious charge—and so it only makes sense that a person who is convicted of the crime would face serious consequences.

A look at the consequences will make it clear that you absolutely must hire a skilled Massachusetts criminal defense attorney to represent you if you are arrested for domestic violence.

What Is Domestic Violence in Massachusetts?

A person is guilty of assault and battery on a family or household member if:

What Are the Criminal Penalties for Domestic Violence in Massachusetts?

In Massachusetts, you can be charged with any of four levels of domestic assault and battery:

As we have noted, the penalties upon conviction are significant:

All those convicted of assault and battery on a family or household member must complete a certified batterer’s intervention program at their own personal expense. (This can cost $3,500 or more.)

Other Issues That Come With a Domestic Violence Conviction

It might seem as though there can’t be much worse than the criminal penalties that result from a conviction for domestic violence, but the fact of the matter is that such a conviction can have a serious impact on a variety of areas of your life. For example:

Given the seriousness of the charges and the consequences of conviction, it is essential to hire a defense attorney immediately if you are arrested for a domestic violence offense. A delay can weaken your overall defense and put you in serious jeopardy of a bad outcome to your case.

You need a skilled attorney who will focus on you, listen carefully to your side of the story, and fully investigate the incident that led to your arrest. Putting together a solid and effective defense will be the first priority—and getting started on that effort as soon as possible is an important component of success.

Some attorneys might just see you as another client. But that’s not the case at Nate Amendola Defense. We are committed to seeing each person as an individual—and finding the best defense or other solution for each and every person we work with. We don’t go to court to bolster our win-loss record. We go to court to work as hard as we can for you.

Have You Been Arrested For Assault or Domestic Violence in Massachusetts?

If you've been arrested on an OUI/DUI charge, domestic violence, disorderly conduct, or drug possession, you should speak to an experienced defense attorney as soon as possible. You can contact us online or call our office directly at 781-661-5450 to schedule your free consultation with one of our top-notch defense lawyers. We have been proudly servicing clients throughout Norwell, Massachusetts , and surrounding areas such as Plymouth, Barnstable, Nantucket, and more.