Sobering Thoughts: Penalties for First-Time OUI Offense in Massachusetts Can Be Severe 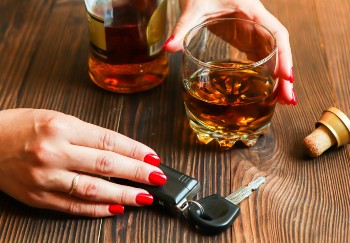 Maybe the party ran a little later into the night than you expected it would. Maybe you had a drink or two more than you had planned to have. Maybe you rolled through that stop sign and the cop behind you is about to charge you with operating under the influence (OUI). Maybe you’ve never had anything like this happen before, so you aren’t sure how much trouble you might be in.

Here are the things that our Massachusetts OUI attorney thinks that you should know.

In Massachusetts, the legal limit is .08 blood alcohol content (BAC)—assuming you are 21 or over.

That number drops to .02 BAC for younger drivers, which is for all intents and purposes a zero-tolerance policy. So let’s be clear: if you are under the legal drinking age, drinking and driving is a particularly bad move.

You might wonder if you can simply refuse to take a breathalyzer or blood test and thereby prevent the officer from determining your BAC. The answer to this one is easy: no.

That’s because Massachusetts has an implied consent law on the books. This law makes it clear that anyone who operates a vehicle in the state has, in effect, consented to BAC testing. Refusing can result in immediate license seizure and the impoundment of your car. For a first OUI, refusing a BAC test will generally also result in a 180-day license suspension.

Let’s start with criminal penalties. A first offense OUI in Massachusetts can result in a maximum jail sentence of two and half years and fines ranging from $500 to $5,000.

Furthermore, the judge can order substance use disorder treatment or drug education classes if you are found to have had other drugs in addition to alcohol in your system at the time of your arrest.

So far, we have looked at the potential consequences of a first-time OUI offense, but the penalties become quite a bit stiffer if you are charged with aggravated OUI. That charge would be the result of a BAC of .20 or above.

You can also be charged with aggravated OUI if you have minor passengers younger than 14 in the car at the time you are stopped. (In that circumstance, you can also be charged with child endangerment—a charge that comes with its own potential jail sentence, fines, and a yearlong suspension of your driver’s license.) Aggravated OUI charges also apply to cases where there is property damage or bodily injury that occurs as a result of driving under the influence.

An aggravated OUI is a felony in Massachusetts, which means it can result in lengthy prison sentences and thousands of dollars in fines, among other consequences.

An Alternative to Jail Time for First-Time OUI Offenders

Although many first offense OUI cases are winnable at trial, the majority of first offense cases are negotiated to be disposed of by way of a plea in what has become known as a “24D disposition.” This involves a continuance without a finding (CWOF), essentially holding the case open for a certain amount of time while the individual is on probation and attends and completes a first offenders program, and a license suspension between 45 and 90 days with the possibility of immediate consideration for a hardship license.

We should note that the 24D is available in the case of aggravated OUI for first-time offenders but may include stricter rules regarding getting treatment and being allowed access to a driver’s license. Once the probationary period expires and the judge is satisfied with the individual’s progress and compliance, the case gets dismissed. Note that this first offense will still count as a prior offense if you are arrested for OUI again.

We would understand if you are feeling a little bit overwhelmed and confused by all of that information. It’s a lot to take in—and it is absolutely essential that you have an attorney by your side who understands the ins and outs of the OUI laws and criminal court process in Massachusetts and can ensure your rights are protected. The consequences that come with an OUI conviction are serious indeed, so a vigorous defense is always going to be in your best interest to get an OUI case dismissed in Massachusetts.