An assault by a dangerous weapon may be committed in either of two ways.  It is either an attempted battery or an immediately

threatened battery (battery is the harmful or offensive, unpermitted touching of another person). In either case, the defendant has committed the assault by using a dangerous weapon.

Type 1: An Attempted but Incomplete Battery by Using a Dangerous Weapon 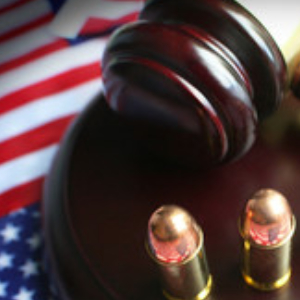 2. Took some type of overt action towards accomplishing that intent;

3. Came reasonably close to committing the battery; and

4. That the attempted battery was done by using a dangerous weapon.

A good example of this would be if someone held a knife and, trying to stab the other person, completely missed. However, with Type 1 assault by dangerous weapon, the Commonwealth doesn't need to show that the alleged victim was fearful of the attempted battery or was even aware of it in the first place. These types of cases, like any crime of attempt, require proof of both the specific intent to cause harm and an overt act towards causing that harm. Mere preparation is not enough.

Type 2: A Threatened Battery by Using a Dangerous Weapon

The second type of assault occurs when the defendant threatens to commit an unpermitted, harmful or offensive touching by using a dangerous weapon.

1. Intended to put the alleged victim in fear of imminent battery by using a dangerous weapon;

Using the knife example, if the defendant stood close to the alleged victim and waived the knife in an overt and menacing way, that would be a threatened battery (and the knife, of course, would be considered the dangerous weapon). For a threatened battery by dangerous weapon, the defendant must intend to cause fear. However, it's not necessary that the victim experienced any fear.

Can I be arrested For Assault by Dangerous Weapon?

Yes, because assault by dangerous weapon is a felony, officers may conduct a warrantless arrest if there is probable cause to determine that a crime has been committed.

What is a dangerous weapon?

Am I going to jail for Assault by Dangerous Weapon?

We Stand Head and Shoulders Above the Average Defense Firm