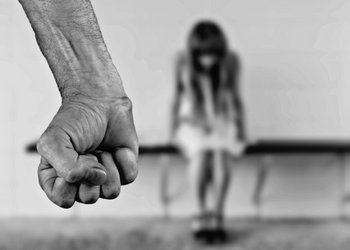 The first type of assault and battery is an intentional act of unjustified contact.

To be found guilty of this form of assault and battery, the Commonwealth must prove beyond a reasonable doubt that the defendant:

1. Intentionally touched another person (however slight);

2. Without having any right or excuse; and

3. That the touching was either likely to cause bodily harm or was offensive and done without the victim’s consent.

To prove this type of assault and battery, the Commonwealth must prove, beyond a reasonable doubt, that the defendant:

Under this type of assault and battery, the injury need not be permanent, but it must be more than trivial.  For example, an act that only shakes up a person or caused only momentary discomfort would not be sufficient. It is not enough that the Commonwealth proves that the defendant acted negligently.  Rather, the Commonwealth must prove that the defendant’s action went beyond mere negligence and amounted to recklessness. The defendant acted recklessly if they knew, or should have known, that their actions were very likely to cause substantial harm to someone, but they ran that risk and went ahead anyway.

Can I be arrested for assault and battery?

Yes, but only if there is a breach of the peace in the presence of the police. Otherwise, the police must file a complaint.  Because assault by dangerous weapon is a felony, officers may conduct a warrantless arrest if there is probable cause to determine that a crime has been committed.

How does an assault figure into the picture?

What are the penalties for assault and battery?

Assault and battery is a misdemeanor and the maximum penalty is a sentence of 2.5 years in the House of Correction or a fine of not more than $1,000.00.