What’s the best defense to a weapons crime in Massachusetts?

Massachusetts law imposes severe penalties for gun crimes, including mandatory minimum sentences for certain offenses. This means that even if you’re a first-time offender arrested on a firearm charge, you could be sentenced to a minimum of several months in prison—and there’s nothing the judge can do about it.

Since conviction can lead to mandatory prison time and a permanent criminal record, acquittal or dismissal of the charges is your best chance of putting the incident behind you. Depending on your circumstances, as our criminal defense lawyer explains, there could be many different defense strategies that could help you avoid a guilty verdict. 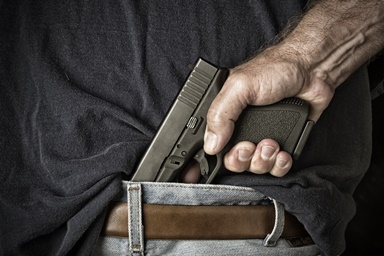 Under state law, it’s illegal to “knowingly possess, or knowingly have in your control in a vehicle, a loaded or unloaded firearm” unless you have a license to carry a gun. However, it will be difficult to get a conviction if the judge or jury has reason to doubt that the weapon was in your control or that you even knew the firearm existed. For this reason, your defense attorney should know how to present evidence in your favor while also casting doubt on the prosecution’s arguments.

A Massachusetts gun crimes attorney can help prove to a jury that:

Motions to Suppress Evidence in a Weapons Charge Defense

Sometimes evidence showing that a defendant knew of the presence of the gun cannot be overcome. However, any evidence against you obtained illegally cannot be used in court. To challenge evidence taken in violation of a defendant’s constitutional rights, your attorney may make several motions based on the actions of police during and after your arrest.

For example, your lawyer may make a motion to suppress evidence because:

Ultimately, the best defense strategy is the one that takes the specific circumstances of your case into account. At Nate Amendola Defense, we regularly help clients overcome gun charges and resolve their cases with the least possible disturbance to their lives.