What's the Difference Between a Restraining Order and a No-Contact Order?

After you have been charged with sexual assault, the alleged victim may request a protection order to prevent you from attempting to harm, visit, or contact 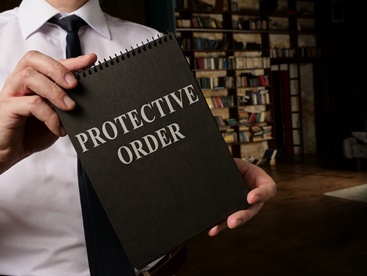 them until the trial, or even longer.  Although these protections are civil in nature--in other words, a protection order is not criminal-- violating them will result in criminal charges and potentially harsher penalties in your case.

In Massachusetts, there are a variety of protection orders, each one with its own specific requirements and restrictions. Any one of these may be referred to as a "restraining order" or "no-contact" order, so it's important to understand which order you've been given—and what type of contact is considered a violation.

Protection Orders for Violence Against Family Members (209A Order)

A charge of domestic assault will most likely result in a temporary or permanent Abuse Prevention Order, also called a 209A Order. This order specifically prohibits contact between certain family members, ordering the alleged attacker to stay away from the alleged victim and their children. Famiy member can mean any of the following: people who are married to one another, people who live together, people who are related by blood or marraige, people who have a child together regardless of whether they have ever been married or lived together, or people who have been in a substantive dating or engagement relationship. In order to be granted a 209A Order, the plaintiff (the person who has been allegedly abused) needs to show a judge by a preponderence of the evidence that he or she is suffering from abuse. Abuse means any one of the following: attempting to cause or causing physical harm, placing another in fear of imminent serious physical harm, or causing another to engage involuntarily in sexual relations by force, threat, or duress. An intitial 209A Order is temporary, usually ten days.  If the plaintiff wants to extend the order, a hearing will be held with both the plaintiff and the defendant. At the extension hearing, a plaintiff needs to prove that the order is necessary to protect him or her from the likelihood of abuse and that he or she is in imminent fear of imminent serious physical harm.

A 209A order may require you to refrain from:

The violation of a 209A Order is not just an additional offense, it will be seen as a failure to obey the court's instructions. Furthermore, your actions when violating the order could lead to a new allegation of abuse, increasing the charges and potential punishments in your case.

A Massachusetts Harassment Prevention Order can be issued against anyone, not just a family member. Sometimes called a 258E Order, its goal is to prevent stalking, sexual harassment, or sexual assault of an alleged victim.

A person may be served with a 258E Order if they:

Defenses for Violation of a Protection Order

If you have been accused of violating a harassment order, you may still have some legal defenses, including:

The best way to avoid violating a protection order is to avoid the accuser completely. Do not drive by their home or work, don't call or message them, and block them on all social media platforms. If the alleged victim contacts you, do not respond. You could be charged of violating the order even if you did not initiate contact.

At Nate Amendola Defense, we help clients favorably resolve domestic violence and sexual assault cases and mitigate the collateral consequences that could negatively impact your life. Contact us today to set up a consultation and get answers to your questions.