The key to winning a case at trial is to develop a believable theory of the case. A winning theory weaves multiple elements. First and foremost, it must be a logical and sellable story. The story must be consistent with every piece of evidence, including bad facts. Of course, the theory must also consider the relevant law. And finally, a good theory of the case contains elements of human emotion. When assembled and delivered the right way, a theory of the case will always lead to a conclusion of innocence.

What Led to a Mistaken OUI Arrest in Massachusetts 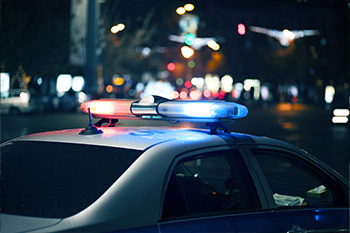 I recently won a not guilty verdict on a first offense OUI trial by developing a simple and straightforward theory of the case. The basic facts were these. My client was at a friend’s BBQ, hung out for a few hours, had a few beers, ate some food, and left. On his way home, he was pulled over for swerving and almost hitting another car. After talking with my client, the officer noticed the odor of alcohol on his breath, bloodshot eyes, and slurred speech. The cop asked my client to recite the alphabet without singing it and to count backward from 69-54. Lastly, my client was asked to perform the three standardized field sobriety tests: the horizontal gaze nystagmus, the 9 step walk and turn, and the one leg stand. Based on all of the evidence conducted at the side of the road, the cop determined that my client was impaired and arrested him for OUI.

During the discovery process, I learned two important facts that helped me seal a victory. First, the arrest took place in the late summer. The arresting officer had been on the force for less than a month when he arrested my client.  And second, my client suffers from anxiety and had the medical records to prove it. This led to my theory of the case: my client was scared not impaired, and the well-intentioned, but rookie arresting officer, was mistaken about what he thought he was seeing.

My theory played out well during cross-examination. The officer testified that this was his first OUI arrest and his first time testifying in court.  He agreed with me that when folks are learning things (as he was), they make mistakes and get better with time. He also agreed that when the standardized field sobriety tests are not properly administered, the results are invalid. Officers are trained to instruct a subject to place their left foot on the line (real or imaginary).  They are then taught to tell subjects to place their right foot on the line ahead of the left foot, with the heel of their right foot against the toe of the left foot. In my client’s case, the officer instructed him the reverse: to start with his right foot on the line and then place the heel of his left foot against the toe of his right foot. This misstep may appear insignificant.  It’s not. In their training, cops are taught that if the standardized field sobriety tests are improperly administered, the results are invalid. This allowed me to argue that the 9 step walk and turn that my client performed was invalid.

During closing argument, I was careful not to hammer the cop too hard.  He is a young officer and was trying to do the right thing. He was still learning and, like all of us learning a new skill, made a few mistakes. That line of argument helped me secure a not guilty in his case.

Have You Been Arrested For OUI/DUI in Massachusetts?

If you've been arrested on a OUI/DUI charge, domestic violence, disorderly conduct, or drug possession, you should speak to an experienced defense attorney attorney as soon as possible. You can contact us online or call our office directly at 781-661-5450 to schedule your free consultation with one of our top notch defense lawyers. We have been proudly servicing clients throughout Hingham, Massachusetts and surrounding areas such as Plymouth, Barnstable, Nantucket, and more.