How I Beat a Federal DUI

How I Beat a Federal DUI 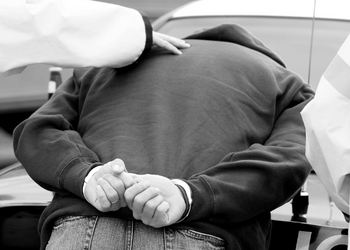 I handle a fair amount of drunk driving defense cases as a Massachusetts OUI lawyer, these cases are usually controlled by state law because the state owns the highways and roads. At least in Massachusetts, there are a few limited circumstances where a DUI is a federal offense, and I recently had the opportunity to take one to trial.  Driving under the influence is deemed a federal crime if it happens on any property under federal jurisdiction, owned by the federal government, or another location that is considered federal property.

The location of the offense—state property versus federal property—determines the applicable substantive law.  There are at least two pieces of federal land in Massachusetts that produce federal DUIs: the Charlestown Navy Yard in Boston and the Cape Cod National Seashore.  These areas are patrolled by United States Park Rangers, a federal law enforcement agency.

On a cold January night last year, my client rented a Zipcar in Dorchester and drove it to his friend’s house in Charlestown.  On his way back to Dorchester, he was stopped by a Park Ranger because his Zipcar did not have a front license plate, as required by Massachusetts law. This routine traffic stop quickly turned into my client’s worst nightmare.

The Park Ranger noticed an open water bottle in the console that appeared to contain beer (it didn’t help that my client then drank from it in front of the Ranger). Based on this, the Park Ranger asked my client to perform a battery of field sobriety tests, including counting backward from 83-68, reciting the alphabet from C-W, the “finger-count test,” the Horizontal Gaze Nystagmus, the 9 Step Walk and Turn, the One Leg Stand, and the Modified Romberg.  My client also took a preliminary breath test in the field.  And, as you can imagine, the Ranger testified that my client did poorly on all the tests and that he was impaired.

Nevertheless, I was able to win an acquittal. How? As I always stress, you cannot win a case without a theory of defense that sells a plausible alternative reality. Sometimes, it’s not what you see, but what you don’t see that carries the day.  In this case, the Park Ranger failed to detail all of the things my client did right. By bringing this out on cross-examination, I was able to show a disconnect between his appearance of normalcy (all the things he did right) versus the Ranger’s opinion that he was impaired. The evidence was too overwhelming—the Ranger was simply mistaken in his opinion. My client wasn’t impaired, he was scared.