Charges and Penalties for Illegal Possession of Prescription Drugs in Massachusetts

Massachusetts takes a harsh approach when sentencing drug offenders, particularly those who abuse prescription medications. Before deciding on the penalty for drug possession, the courts examine the seriousness of the offense, type of drug, and the criminal history of the defendant. With so much at stake, it’s vital that you contact a drug possession defense lawyer immediately after your arrest. 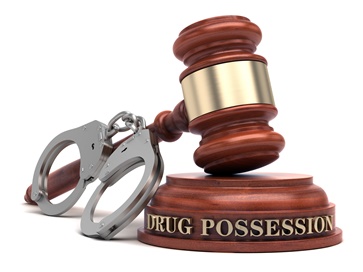 substance upon which the manufacturer or distributor has placed a warning prohibiting dispensing without prescription.

When Can Someone Be Charged With a Prescription Drug Crime?

Even if you are found with a non-prescribed drug on your person or in your home, a prosecuting attorney will still need to prove a number of legal factors to charge you with a crime of possession. Depending on your circumstances, this could include:

Penalties for drug possession in Massachusetts will depend on the specific factors in your case. Generally, a person found with a Class A drug faces higher jail time and fines than someone found with a Class C or D drug. Possession of a controlled substance will typically result in at least some jail time, regardless of the drug schedule.

If you or someone you know has been charged with drug possession, you need help from someone with a proven track record of success in these matters. At Nate Amendola Defense, we exclusively handle criminal cases. Our extensive knowledge of drug laws and the specific details of our clients’ cases allow us to develop a personalized, aggressive defense on their behalf. If you have been arrested for drug possession, contact us right away for a free initial case review.