There is an extremely thin line between “simple” drug possession and possession with intent to distribute in Massachusetts. The laws surrounding these charges are complicated and include lengthy jail sentences even for a first offense, so it’s vital that you have an experienced drug possession defense lawyer on your side.

Penalties for Drug Possession With Intent to Sell in Massachusetts 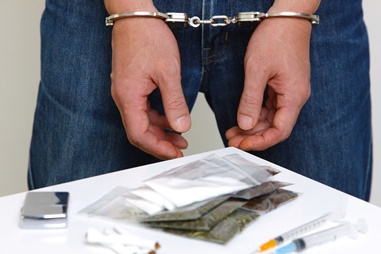 Since the crimes are governed by the same statute, Possession with Intent to Distribute carries the same penalties is as Drug Manufacturing.

Punishments for Possession with Intent to Distribute can vary widely depending on the class of the controlled substance in your possession and whether you’ve faced similar charges before. For example, a first-offense conviction involving marijuana (a Class D substance) carries a jail sentence of up two years, but a first conviction of heroin possession can result in as much as 10 years in state prison.

Does the Amount of Drugs in my Possession Matter in a Distribution Case?

Unlike in drug trafficking cases, the amount of an illegal substance in your possession doesn’t matter in an Intent to Distribute charge. You could potentially be charged with this offense if police find even the slightest evidence of an intent to sell a controlled substance. In some cases, the presence of drug sales paraphernalia such as baggies, small scales, needles, or rolling papers can lead to a charge of Intent to Distribute.

Even if you were found with drugs or drug paraphernalia in your possession, it doesn’t mean you had any intention of giving or selling it to others. Since Intent to Distribute carries higher penalties than simple possession, it’s important that your attorney knows how to refute additional charges based on circumstantial evidence.

For example, if police find three marijuana plants on your property, you cannot be convicted of Possession with Intent to Distribute unless the prosecutor can prove that you knew about the plants, you had direct control over the plants, and that the plants weren’t intended purely for personal use.

The strength of your case will also depend on whether the evidence against you was obtained legally. If you were arrested after an unlawful traffic stop, were subject to an illegal search, or were questioned without an attorney present, we can make a motion to suppress evidence gathered in violation of your rights.

If you or someone you know is facing drug charges, you need help from someone with a proven track record of success. Nate Amendola Defense exclusively handles criminal cases, and offers a free initial case review so you know where you stand. Contact us today to begin building a personalized, aggressive defense.