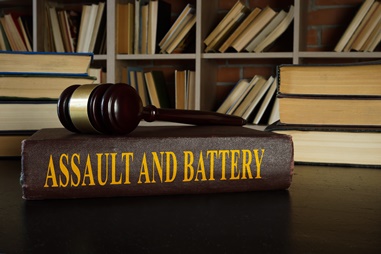 People often use the terms "assault" and "battery" interchangeably, but there's a big difference between the two offenses under Massachusetts law. If you've been charged with assault or assault and battery, here's what you need to know.

Assault is an attempt to use force against another person, or demonstrating an intention to use force to cause injury. Contrary to what most people think of as "assault," the legal definition of assault doesn't involve injury or even physical contact with another person. Assault is merely the threat of physical harm. As a result, you could be charged with assault despite never touching the alleged victim.

Battery is making actual physical contact without another person without their consent. In Massachusetts, battery isn't charged alone, but as the collective charge "assault and battery."

It's worth noting that battery doesn't have to cause physical harm to the victim. Any physical action, such as pushing someone or throwing something at them can result in a charge of battery.

What Are the Penalties for Assault or Battery in Massachusetts?

Assault and battery offenses can carry a range of different penalties depending on the nature and severity of the crime. If the victim suffered minor or no injuries, a defendant will likely face a misdemeanor charge and jail sentence if convicted. However, serious injuries to a victim or aggravating circumstances can result in felony assault and battery charges, which can lead to incarceration in state prison. The environment in county jail is vastly different from that in state prison, and it will take the help of an experienced criminal defense attorney to minimize the time spent in a house of correction.

The consequences for assault and battery can vary with the offense, such as:

As with any defense, the best way to approach your case is to examine the specific factors involved. At Nate Amendola Defense, we fight aggressively in court to avoid conviction and minimize the effects of criminal charges on your life. Contact us today to set up your free case review.