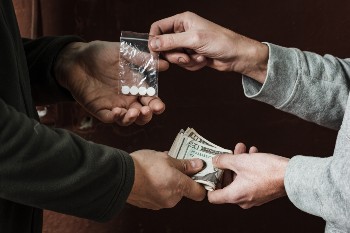 Drug trafficking is an extremely serious charge in Massachusetts (and elsewhere). You probably already know that, but you may be surprised to learn just who can be charged with the crime.

There’s a good chance that when you think about drug trafficking, you think about so-called kingpins, gangs, cabals, and the like. These are people in large criminal organizations who smuggle drugs across borders or into ports and then arrange for the distribution of those drugs to their confederates scattered near and far. And if we’re talking about international drug trafficking, that’s not a wholly inaccurate picture.

But in Massachusetts, a person can be charged with drug trafficking in connection to a relatively small amount of a given drug. And while the amounts in question may be small, the consequences if you are convicted of drug trafficking can be quite large indeed.

A Look at Drug Trafficking Penalties

The state of Massachusetts divides drugs into five different categories—with Class A involving the most serious and dangerous drugs and Class E representing the least dangerous—for the purposes of law enforcement. Let’s look at three drugs in three different classes to see how the penalties for drug trafficking might stack up.

If you are convicted of trafficking marijuana in any amount of 50 pounds or higher, you can be sentenced to 15 years in prison. The mandatory minimum sentences break down like this:

Of course, 50 pounds of marijuana is far more than any individual is allowed to have for recreational use under Massachusetts law. Still, it isn’t too hard to imagine an average person—as opposed to a shadowy drug lord—in possession of that amount of drug.

If you are convicted of trafficking cocaine in any amount of 28 grams or higher, you can be sentenced to 20 years in prison. The breakdown of minimum sentences for cocaine looks like this:

If you are convicted of trafficking heroin in any amount of 14 grams or higher, you can be sentenced to 20 years in prison. For heroin, the minimum sentences are:

The Possibility of Parole vs. Aggravated Circumstances

A person serving a mandatory minimum sentence for a drug trafficking offense in Massachusetts is eligible for parole after serving half of that sentence—unless there are aggravating circumstances.

Further, directing the activities of anyone—minor or not—who commits a drug trafficking felony is also an aggravating circumstance.

Any of these issues can result in ineligibility for parole if you are convicted.

If you are arrested for drug trafficking in Massachusetts, you need a criminal defense lawyer on your side right away. Your lawyer will listen to you, investigate the facts of the case, and make every effort to have the charges against you dropped—or to win your case in a court of law. And your best option is a drug crime defense lawyer who will see you as more than just another case.