The Problem With Possession: A Look at Drug Possession Laws and Penalties in Massachusetts 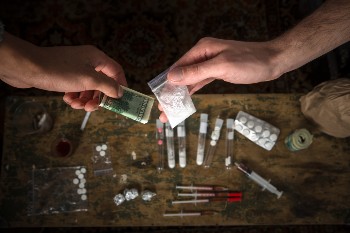 On the one hand, things are pretty simple. If the police catch you with an illegal drug, an illegal quantity of a legal drug, or a legal drug you acquired illegally, you can be arrested for possession.

On the other hand, Massachusetts law concerning drug possession is fairly complex. Various drugs are divided into a number of categories based on what kind of drugs they are and how dangerous they are perceived to be. So, if you find yourself arrested for possession, you may have only the slightest notion of what sort of consequences you might be facing if you were to be convicted.

Let’s take a look at the classes, potential penalties, possible defenses—and why it is absolutely essential that you hire a committed defense attorney immediately.

In Massachusetts, drugs are divided into five categories for the purposes of the state’s drug possession laws. The different categories of drugs lead to different possible penalties if you are convicted of possession. It is important to note that many of the drugs in the various classes are, in fact, legal under certain circumstances and in certain quantities. Those same drugs, however, can carry criminal penalties related to possession if the amount in question falls outside the limits or if the drug was obtained in an illicit manner.

This class of drugs includes opiates, opioids, and opium derivatives. Drugs in this class include (but are far from limited to):

This class also includes opium and opiates as well drugs drawn from coca leaves, stimulants, depressants, and hallucinogens. The class includes (but is not limited to):

This class of drugs includes barbiturates as well as cannabis. Specific drugs in this class include (but are not limited to):

This class includes compounds, mixtures, or preparations that contain limited quantities of a narcotic and one or more nonnarcotic active medicinal ingredients. Prescription drugs that do not fall into any of the other classes are also considered Class E drugs.

Penalties Attached to Each Class

The purpose of the various drug classes in Massachusetts is to provide a way to assign different penalties for illegal activity depending on the specific drug in question. Here’s how that breaks down according to Massachusetts law:

The potential consequences a person may face increase substantially if there is a previous conviction for drug possession on their record.

If You Are Arrested, You Need an Attorney Right Away

Odds are, when you think about what happens after an arrest, your mind jumps straight to the trial. But the reality is there are several steps before a drug possession case would reach a trial stage, and there are possibilities for getting the charges dropped before the case ever gets that far.

For example, having an attorney on hand for your Clerk’s Magistrate Hearing may provide an opportunity to have the charges dropped on the spot by disputing the facts involved. Alternately, it is sometimes possible to work out a deal at this stage that will result in having the criminal charge dropped.

Another pretrial possibility is a motion to suppress evidence collected in an illegal search. If the police did not follow the legal rules for conducting a search, anything they found could be thrown out. For example, police in Massachusetts cannot search you, your home, or your car just because they claim to smell marijuana (this was true even before the legalization of limited amounts for recreational use).

If you willingly seek treatment for a substance use disorder—assuming a judge agrees—and you complete the program, you will not acquire a criminal record. Alternately, if a judge allows you to participate in pretrial probation, six months of clean drug test results will result in your charges being dismissed. Pretrial probation does not require you to admit the charges against you.

Of course, it is possible that you will need to mount a defense at trial. Your defense attorney will identify and implement the best possible defense for your specific case if you find yourself in this situation.

We Focus on the Individual in Every Case

When you think of lawyers, you might imagine an attorney who wants to make a flashy argument or impress the court with their brilliance. For that kind of lawyer, who their client is really isn’t that important.

That’s not how we practice law at Nate Amendola Defense. We are committed to building a strong relationship with our clients and delivering a personalized, vigorous defense. If you have been arrested for drug possession, contact us right away for a free initial case review. We defend those charged within Plymouth, Norfolk, Bristol, Barnstable, and Nantucket Counties.