Simple Assault is a Misdemeanor in Cape Cod and Nantucket, and a Conviction Can Carry Jail Time

Cape Cod and the Islands are popular summer vacation destinations. The number of visitors in the summer swells as people flock to beaches, bars, and BBQs. The police, of course, are aware of the potential problems that arise from summer activities. 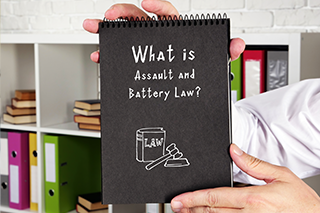 Our criminal defense attorney says a good example of this would be intentionally swinging a baseball bat at someone and missing. However, with Type 1 assault, the Commonwealth doesn't need to show that the alleged victim was fearful of the attempted battery or was even aware of it in the first place. These types of cases, like any crime of attempt, require proof of both the specific intent to cause harm and an overt act towards causing that harm. Mere preparation is not enough.

Yes, but only if the police witness the attempted battery. If the alleged victim reports the attempted battery to the police, the police will do an investigation and if they believe the crime has occurred, they will file a criminal complaint and you will be summonsed to court. An exception to this is if the attempted battery occurs during domestic violence.  If that's the case, the police can arrest probable cause. If the defendant and the alleged victim are married, have a child together, or were in a dating relationship, the defendant may be charged with assault on a family or household member, which may cause the penalties to be increased. With information like this at hand, we see the importance of having a Nantucket criminal defense lawyer by your side.