What is probable cause in a Massachusetts domestic violence case?

Do Police Have to Arrest Someone When Domestic Violence is Reported? 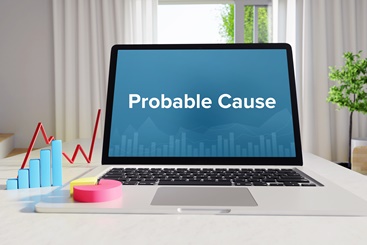 Different states have different laws about when an officer should make an arrest when responding to a domestic violence call. Under Mass. Gen. Laws Ann. Ch. 209A § 6(7), arrest for domestic abuse may be:

What Constitutes Probable Cause?

In a domestic violence case, a police officer will consider the safety of the victim, children, and other family members in making the decision to arrest a suspect. If an officer has reason to believe that a family or household member has been abused, or is in danger of being abused, the officer can use any reasonable means to prevent further abuse.

When a report of domestic violence has been made, officers may judge whether there is probable cause based on:

While nearly anything can be considered in a law officer's decision to make an arrest, the arresting officer can be called upon to defend the grounds for the arrest. If there wasn't a good enough reason to believe that you were dangerous or that members of your household were in danger, the charges against you may be dropped.

At Nate Amendola Defense, we help clients overcome accusations of domestic violence and do everything we can to prevent these charges from ruining their life.

Have You Been Arrested For Assault or Domestic Violence in Massachusetts?

If you've been arrested on a OUI/DUI charge, domestic violence, disorderly conduct, or drug possession, you should speak to an experienced defense attorney attorney as soon as possible. You can contact us online or call our office directly at 781-661-5450 to schedule your free consultation with one of our top notch defense lawyers. We have been proudly servicing clients throughout Hingham, Massachusetts and surrounding areas such as Plymouth, Barnstable, Nantucket, and more.