Not Guilty in a Massachusetts OUI

Free Case Evaluation
As the judge stepped up to the bench, I could feel my client’s nervous breath as I watched her eyes dart around the room.  This was the biggest day of her life.  Before getting arrested for drunk driving, she had never been in trouble with the law.  The courtroom may as well have been Antarctica; she was completely lost. I was her guide, and she was on trial. We both waited with bated breath for the Judge’s decision.  When he handed down the not guilty verdict, we both let out an audible sense of relief. We were thrilled. She would not have a criminal record. So how did we win? And why did we take this case in front of a judge and not a jury?

The Theory of the Case

Criminal trials are a battle of competing stories.  The most important thing a defense lawyer does is to come up with a theory of the case. You must understand that in a drunk driving case, the burden is on the prosecution to prove beyond a reasonable doubt that the defendant operated a motor vehicle, on a public way, while impaired. The theory of the case must somehow undermine or discredit how the government will prove those elements. 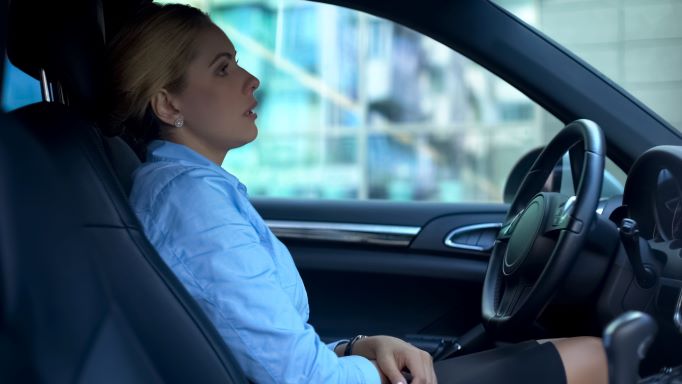 The Arresting Officer Was Simply Mistaken

In this case, we had several things working in our favor. The theory of the case was that my client wasn’t impaired and that the arresting officer was simply mistaken.  She had consumed some alcohol, yes.  But she wasn’t intoxicated. The single greatest piece of evidence that showed this was the video taken by the police depicting the roadside encounter, and my client’s performance of the field sobriety tests.  We played the video for the judge, who later commented that in all the years he had been on the bench, he’d never seen a defendant, during field sobriety tests, stand so perfectly still while listening to instructions.  She didn’t sway and she wasn’t unsteady on her feet. In fact, she looked like a statue.
She looked sober.
Through cross-examination of the arresting officer, I was also able to show the judge that the cop’s opinion of my client’s level of impairment was miscalculated.  When determining impairment in a potential drunk driving case, many officers ask a citizen to perform a few “sobriety tests” while seated in the car.  These usually come in the form of a counting test and reciting the alphabet without singing.  In this particular case, the cop wanted my client to count backward 20 digits, from 96-76.  According to the officer, she counted from 96 down to 78, and then said “76, 77, 76.” He said she failed.

Q: You asked my client to perform a counting test?

Q: She started at 96, just like you wanted her to, right?

Q: You could understand everything she said?

Q: If we were to convert that score to a percentage, it would be a 95%?

Q: Have you ever received a score of 95% on a test and still failed it?

In addition to failing the counting test, the officer also said that my client failed two field sobriety tests—the One Leg Stand and the Walk and Turn. In the One Leg Stand test, a subject is instructed to keep his or her arms by their sides and lift a leg 6 inches off the ground and count aloud until the officer says to stop.  In the Walk and Turn, a subject is required to take 9 heel-to-toe steps down a line, take a series of small turns, and then take 9 more heel-to-toe back down the line.  During their academy training, police officers are taught that people who are more than 50 pounds overweight or older than 60 may have difficulty performing these tests. The issue is that subjects who are in this category may have difficulty balancing because of their physical characteristics, and an officer may confuse difficulty performing these tests on that account with intoxication. I used this to my advantage.  My client was in her thirties, but she was 5’2” and 240 pounds.  After getting the officer to admit that my client was overweight, on closing argument to the judge, I argued that she failed these tests not because she was intoxicated, but because she was more than 50 pounds overweight and wearing sandals.  The officer was simply mistaken as to what he was seeing—my client’s balancing problems were not the result of impairment but rather because of her physical characteristics.

People charged with drunk driving in Massachusetts have an absolute right to a jury trial, but in some situations, such as this one, a defense lawyer may counsel his client to waive the right to a jury and have the case tried to the judge.  Every case is different, but given the strength of the video evidence, my experience with the judge, my carefully constructed cross-examination, and the notion that there was no accident and very little evidence of bad driving, it was my advice to have a judge hear the case.  It turned out the be the right call. One wrong move at any point in the criminal process puts your freedom, employment, and future at risk. With so much at stake, you need our Plymouth County, criminal defense attorney, to build a strong defense based on the facts of your case and fight aggressively for you in court. Contact us today to set up your free case review.