What Do You Do If You’ve Been Arrested While Vacationing on the Cape or Islands?

Cape Cod and the Islands are popular summer vacation destinations. The number of visitors in the summer swells as people flock to beaches, bars, and BBQs. The police, of course, are aware of the potential problems that arise from summer activities.  Many departments add summer resource officers to assist with the influx of people and the legal problems they bring with them. Lots, but not all, of the summer arrests, involve alcohol or drugs.  A day at the beach or a night out can quickly turn into a disaster. Common charges are operating under the influence (often called a DUI or DWI), drug possession, disorderly conduct, sexual assault, or domestic violence.  If you find yourself in the crosshairs of the law, our Cape Cod OUI attorney advises some key things you need to understand and expect.

How to Interact with Police in Nantucket, Massachusetts 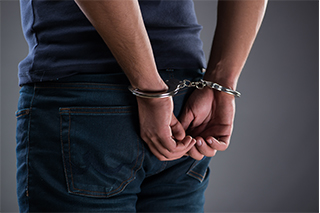 Not all interactions with the police end up as arrests.  You must remember that the police are interested in public safety and enforcing the law.  Much of the time, they are trying to do the right thing.  Being polite and respectful, no matter the situation will go a long way.  Try to remember to stay calm.  How you react to the police is everything.  So, keep in mind a few things:

What to do if You’ve Been Arrested on Cape Cod

Unfortunately, some police interactions do end up as arrests.  If you’ve been arrested, it’s because the police believed there was probable cause that you committed a crime. It doesn’t mean you’re guilty.

After an arrest, you will be handcuffed and placed in the back of a police cruiser and taken to a police station for booking.  There are 15 towns on Cape Cod, and each has its own police force.   Additionally, there are two state police barracks on the Cape (South Yarmouth and Borne), and one on Nantucket, and one on Martha’s Vineyard. Nantucket and the Vineyard each have their own municipal police force as well.  The primary purpose of the booking process is to identify the arrestee so that the police can learn who you are and whether you have any outstanding arrests, warrants, or restraining orders. During the booking process, your fingerprints and picture will be taken. The police will ask you basic personal questions, like your name, address, and date of birth. If you’ve been arrested for an OUI, this is where you will be asked to take a breathalyzer.

The key during the booking process is to remain calm and respectful, hard as that may be. Keep in mind that you are likely being recorded. During the booking process, you are also likely to be read your Miranda rights.  It is not a requirement that these be read to you at the time of your arrest.  Miranda warnings are required only when a person is in custody and subjected to interrogation.  At the station, you may be asked to waive your right to remain silent. Keep in mind that once you’re back at the station, you’re unlikely to undo an arrest, so anything that you say will be used against you.  You must consider that if you agree to waive your right to remain silent.

After the preliminary booking questions, or perhaps before, the police will conduct a booking inventory.  The purpose of the inventory is not to search for evidence, it’s to preserve your property while being held, to prevent escape, self-injury, or harm to others, and lastly to protect the police from disputes over lost, stolen, or returned property.

But What About Bail Following An OUI Arrest?

Another key component following an arrest is the issue of bail. Remember, in our system, you are innocent until proven guilty.  The purpose of bail is only to ensure that you’ll go to court to answer for your crimes. To be released from police custody, you’ll need to make bail.  A bail magistrate will be called who will speak with the police and determine whether you can be released.

A bail magistrate has two choices: to release you on your promise to go to court (this is called person recognizance) or to seek cash bail.  Every case is different, but people with no record and charges of misdemeanor offenses (like an OUI or domestic violence), are often released on personal recognizance or low cash bail. In either case, there is a $40 statutory fee.

You must understand that to be released, the full amount of bail (or just the $40 fee is you’re being released on personal recognizance) must be paid before you’re released. The police are required to allow you to use the phone within 1 hour of your arrival at the station.  It’s not unusual to be at a police station for an hour or more following an arrest.

Many folks call friends or family to pick them up and bring bail money. Phone calls aren’t supposed to be recorded unless the police tell you, so be thoughtful about what you say on the call. If you’ve been arrested for an OUI, you will not be able to drive yourself home because, in all likelihood, your license has been suspended.

Lots of arrests occur over the weekend or after court’s been closed. If that’s the case, and you’ve been released on bail, you will be required to go to court the next day court is open for your arraignment.  Sometimes that will give you the weekend to secure a lawyer, other times it may only give you a few hours. If time permits, you should hire a lawyer familiar with the courthouse, the prosecutors, and the judges all before arraignment. This can be critical because your lawyer can meet with the prosecutor to discuss issues of bail or perhaps alternatives to being arraigned, such as pretrial diversion (this is available only for those with no convictions and needs to be negotiated).

Depending on what town in Massachusetts you’ve been arrested in, you will report to one of five district courts: Edgartown District Court, Nantucket District Court, Falmouth District Court, Barnstable District Court, or Orleans District Court. The court opens at 8:30.  You should arrive then and report immediately to the probation department, where they will conduct a brief interview to determine your identity, check for a criminal record, and ask if you’ve retained counsel or whether you qualify for a public defender.  From there, you will be ushered into the arraignment session with your lawyer.

One of the things that make vacation arrests so difficult is that you’ll be required to come back to the Cape or the Islands to resolve your case.  Sometimes, in rare circumstances, your matter may be resolved on your first court appearance.  You should remember that resolving a criminal case on the Cape or Islands may take up to one year. If the court has released you on personal recognizance or cash bail, you will be able to travel back and forth between your home and the court.  It’s possible that you may need to seek the court’s permission to travel outside of the country.

Have You Been Arrested in Cape Cod, The Islands, or Surrounding Areas in Massachusetts?